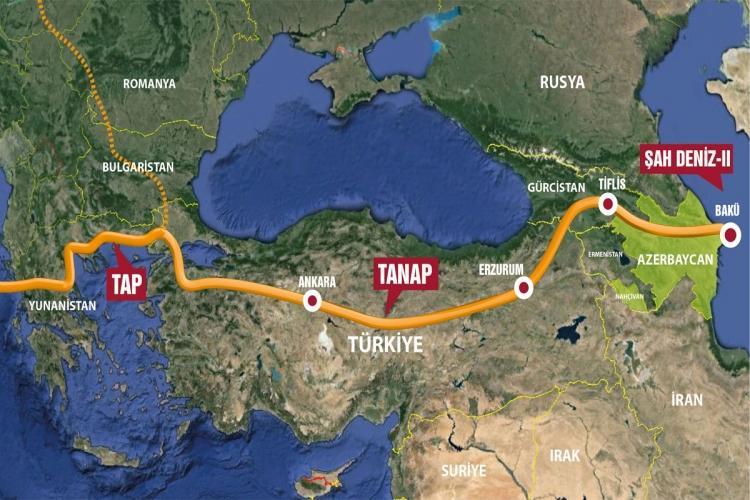 Ilham Aliyev: Azerbaijan and Russia are not competitors in the issue of gas supplies to Europe

Azerbaijan and Russia are not competitors in the issue of gas supplies to European markets, said President of Azerbaijan Ilham Aliyev, according to Azerbaijan in Focus, reporting Turan News.

“First of all, this issue has never been discussed at the level of the leaders of the two countries. Secondly, Russia respects our policy, foreign policy, energy policy. We are not competitors. I have repeatedly stated that this issue is being artificially inflated. We are under no circumstances competitors of Russia in gas supplies to Europe,” Aliyev said in an interview with the Italian newspaper Il Sole 24 Ore.

According to him, Russia is exporting hundreds of billions of cubic meters of gas to Europe and the demand for Russian gas is growing. “Azerbaijan has just started gas supplies to Europe. In 2023, the volume of Azerbaijani gas supplies to Europe will reach 11 billion cubic meters, and if there are no new contracts, investments in production, the volume of supplies may remain at this level. Therefore, under no circumstances could negatively affect our very positive and well-balanced relations with Russia,” the President of Azerbaijan emphasized.

The head of state added that Azerbaijan’s plans include increasing production and there are opportunities to increase exports. “But this will depend on the demand from European consumers. The next meeting within the UGC Advisory Council will be held in Baku in February 2022, and further plans will be discussed during that meeting. To increase production, of course, investments are needed, but this requires contracts with consumers. Thus, firstly, we need contracts, secondly, investments, and thirdly, gas,” he said.

Aliyev stressed that Azerbaijan has every opportunity to increase gas supplies to Europe: large fields, modern infrastructure. The President noted the Balkans and Central Europe as potential markets for the supply of Azerbaijani gas.