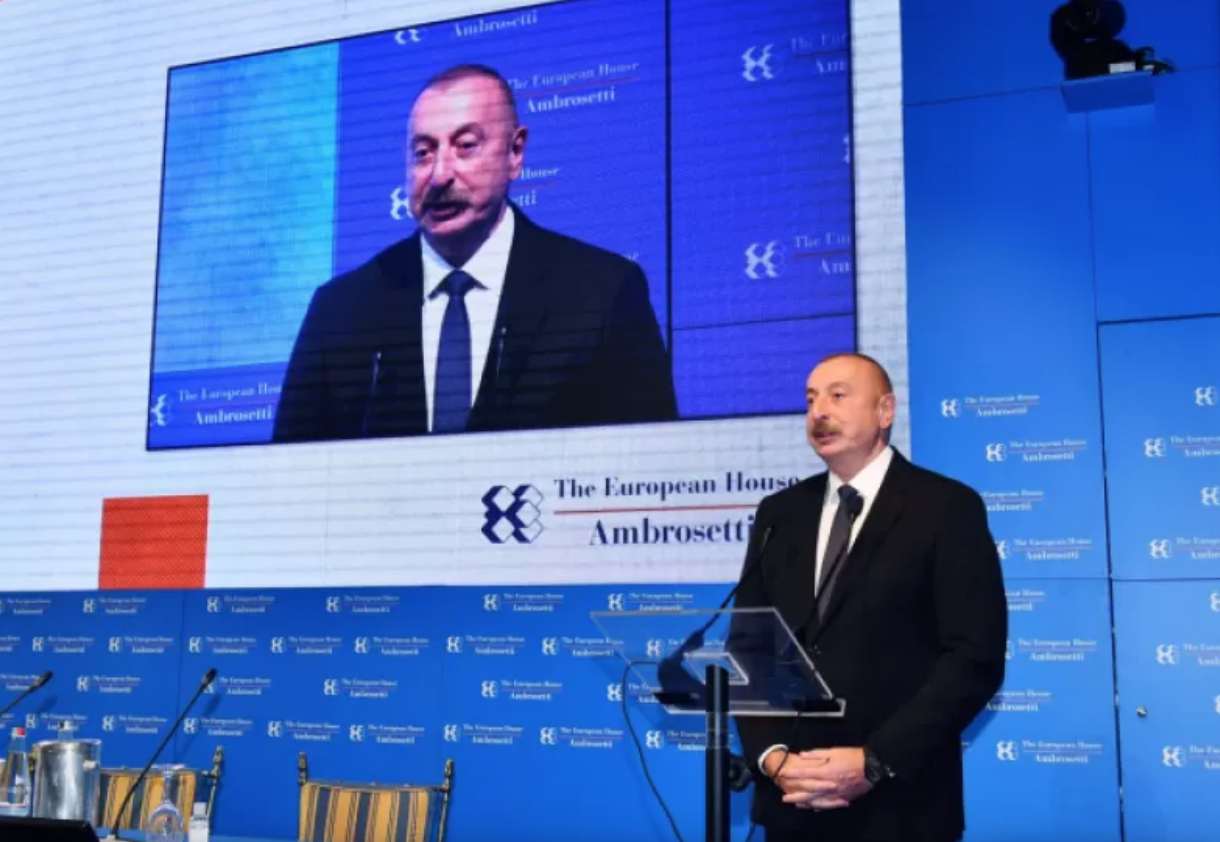 “Proven gas reserves in Azerbaijan amount to 2.6 trillion cubic meters. Azerbaijan has been a reliable gas exporter for neighboring states for more than ten years,” Aliyev said during an international forum in Cernobbio, Italy.

He stressed that after the launch of the TAP pipeline, the final link of the Southern Gas Corridor, Azerbaijan began exporting gas to Greece, Bulgaria and Italy.

“This year we plan to increase the volume of exports and supply about 10 billion cubic meters of gas to the Italian market,” Aliyev said. He called his current visit to Italy “very successful”.

At meetings with the President and Prime Minister of Italy, issues of strategic partnership between the two countries were discussed.

The Energy Memorandum of Understanding signed this summer between Azerbaijan and the European Union will serve as a roadmap for further cooperation in the energy sector.

“Based on this document, I can say that we plan to double the export of natural gas to Europe,” Aliyev stressed.

After the start of the Russian-Ukrainian war, the issue of gas supplies became one of the main ones on the agenda of Europe.

The “Greece-Bulgaria Interconnector”,  the construction of which is coming to an end,  and the Ionika-Adriatica pipeline project, will ensure the transportation of Azerbaijani gas to three Balkan countries, he said.

According to Aliyev, Azerbaijan has recently received requests from more than 10 countries: Georgia, Turkey, Italy, Bulgaria and others, with a request to increase gas supplies or connect to gas supply.

“We certainly need close cooperation and coordination to meet the growing needs of Europe,” the head of Azerbaijan said. So,  Baku has already started a dialogue with the European Union, which also covers the areas of electricity, hydrogen and green energy.