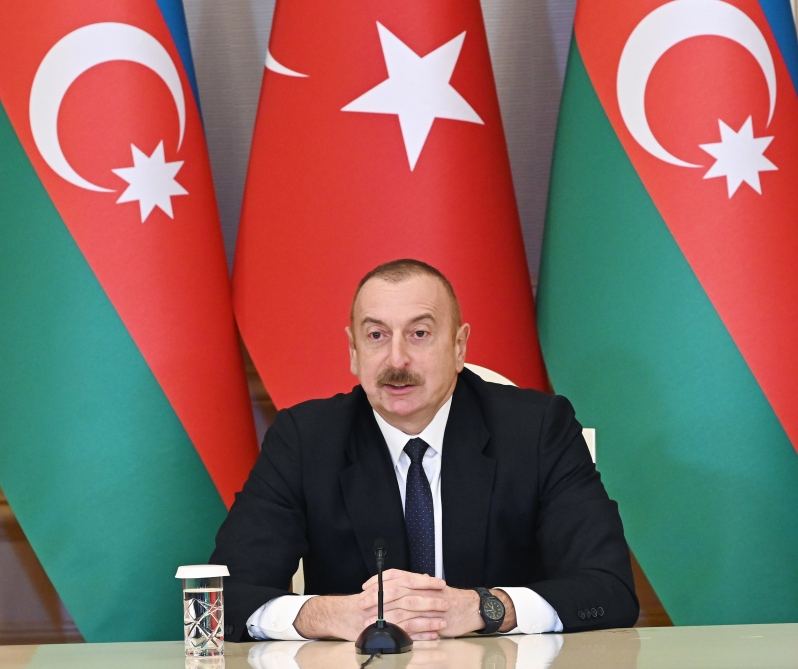 “The famous “Bayraktar”, a product of the Turkish defense industry, has brought about great changes and played an exceptional role in our success. The whole world once again became a witness of the intelligence and talent of the Turkish people, was further convinced that Turkey has developed industry,” the Azerbaijani president said.

“It is a historic day today because Turkish and Azerbaijani soldiers walked shoulder to shoulder along Azadliq Square in this Victory parade. Not only Baku but also all our cities are decorated with the flags of Turkey and Azerbaijan today. This was also the case before. Of course, this took on even broader proportions during the war. These are the feelings coming from people’s hearts. This is an asset we have cherished for centuries. Our advantage is that both peoples and leaders are next to each other, calling each other brothers. At the same time, we are together in all matters. We were together on both difficult and joyful, wonderful days, like today, and this is natural,” the head of state said.