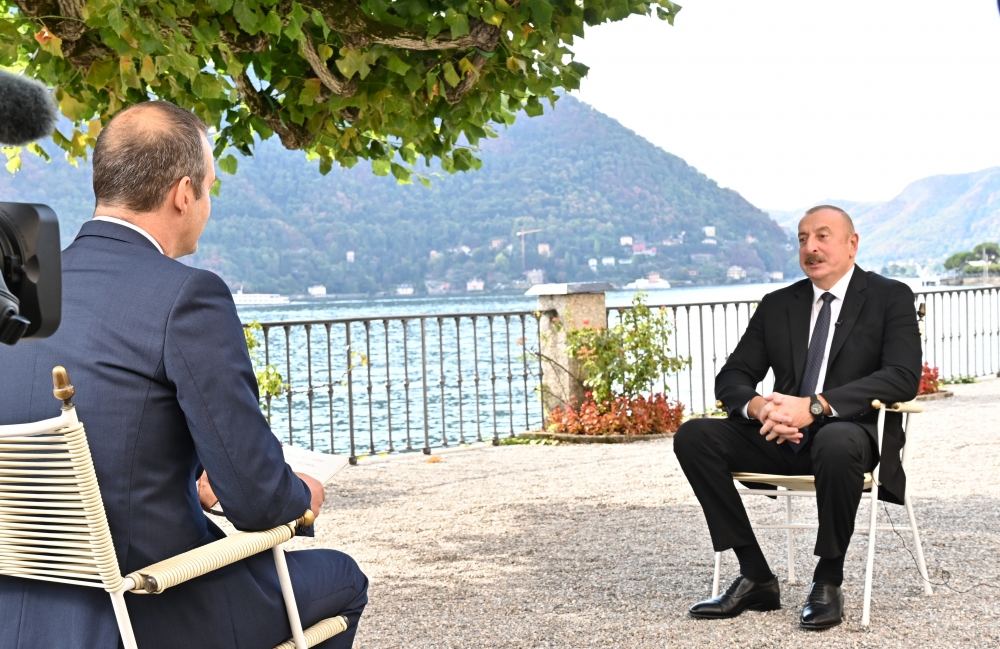 Ilham Aliyev: I say we will be able to sign peace agreement with Armenia within few months

We can finalize and sign a peace agreement within several months, President Ilham Aliyev said in an interview with the Italian ‘Il Sole 24 Ore’ newspaper in Italy’s Cernobbio on September 2, according to Azerbaijan in Focus, reporting Trend News.

“In our region, the situation is developing towards peace. I hope so. I came to Italy from Brussels where we had trilateral negotiations with the President of the European Council and the Prime Minister of Armenia and we agreed that within one month, the foreign ministers of Azerbaijan and Armenia will meet in order to start practical discussions on the peace agreement. That was our proposal from almost immediately after the second Karabakh war ended, we said that we need peace. We need a peace agreement and it took almost two years for Armenia to agree to that. So, I think this is one of the most important outcomes. Of course, a lot will depend on how these peace talks go, what will be the timetable, and what will be the substance. I think that we can finalize and sign a peace agreement within several months. I think this is realistic if the Armenian side expresses the same will because we introduced five basic principles, which peace agreement should be based on and Armenia accepted them,” the head of state said.