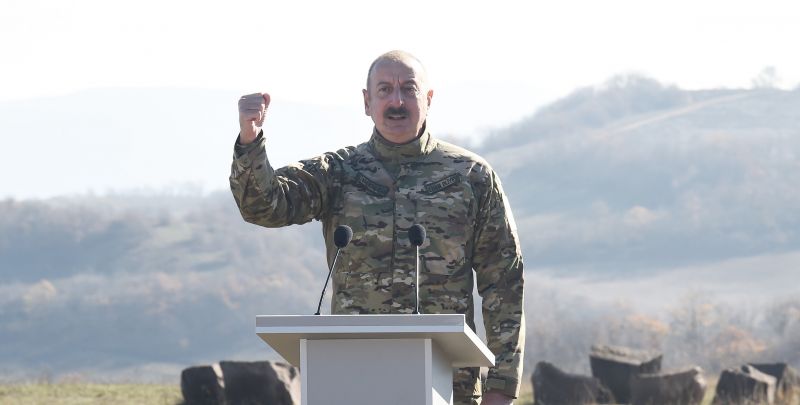 Ilham Aliyev: If revanchists raise their heads in Armenia, they will feel our “Iron Fist”

Azerbaijan waged a fair war and defeated the enemy in a fair fight, Azerbaijani President Ilham Aliyev said on November 8, speaking to the military in Shusha on the occasion of Victory Day, according to Azerbaijan in Focus, reporting Turan News.

He noted that Azerbaijan liberated its territories militarily because Armenia did not want to do so willingly.

“We conducted a successful operation on our own soil, violating neither international law, nor laws of war. We waged a fair war and defeated the enemy on the battlefield,” Aliyev said.

To conclude, he pointed out that if revanchist forces in Armenia raise their heads, they will once again feel the power of “our iron fist.”