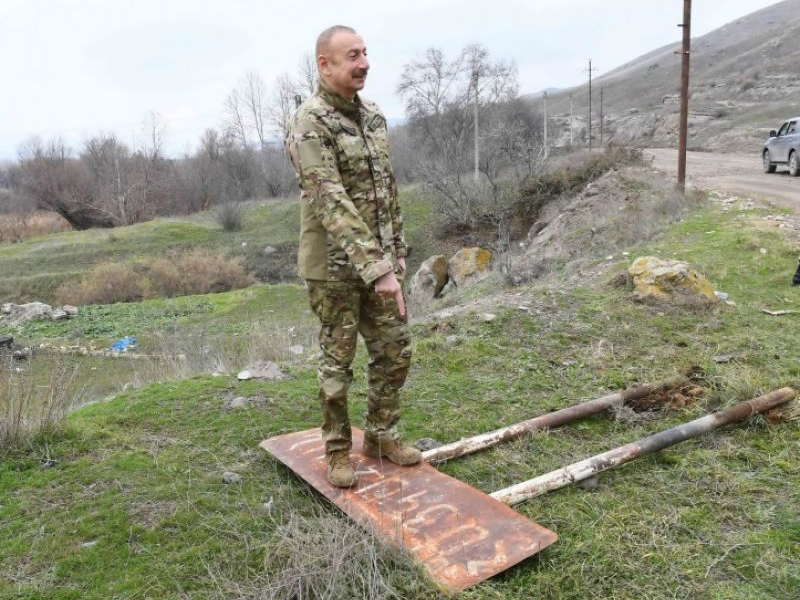 Ilham Aliyev: If There Is At Least One Shot, We Will Make Such a Thing That They Will Forget Their Name

“The battles for the liberation of Gubadli were hard, because the Armenians were strongly entrenched there. The liberation of this region gave us a great advantage,” said the head of state Ilham Aliyev in a conversation with soldiers when he visited Gubadli region, according to Azerbaijan in Focus, reporting Turan News.

Regarding the progress of the military operations, he told how the troops reached Shusha – not from the directions from which the Armenians were waiting. The liberation of Gubadli made it possible to do this without entering Lachin and the Red Bazaar – where the Armenians were expecting an offensive.

“Armenia must make the right conclusion, if they think about revenge, they will regret it. If there is at least one shot from the other side, we will arrange something for them that they will forget their name,” Aliyev threatened.

Then he visited Zangelan, where the flag of Azerbaijan was also raised. Going to the destroyed mosque, the head of state recalled that the Armenians kept pigs there.

“Now some are raising the issue of preserving the Armenian heritage in the liberated territories. Why do not they talk about the destruction of the Azerbaijani cultural and religious heritage?

“Someone from UNESCO says that they addressed us, but we are silent. Why has UNESCO not responded to our appeal about the need to protect our heritage for 30 years? Is it possible to destroy mosques? This is hypocrisy,” Aliyev said.

“Armenia will have to answer for all the destruction and damage to the territories of Azerbaijan”, Aliyev said in conclusion.