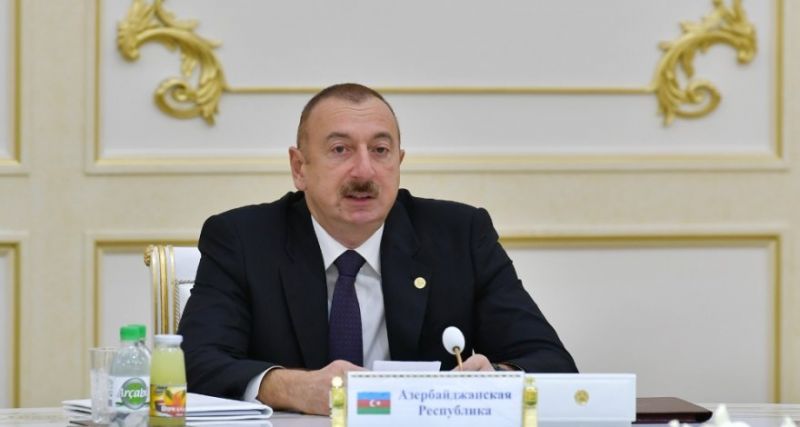 According to Azerbaijan in Focus, reporting Turan News, president of Azerbaijan Ilham Aliyev stated that it is already possible to talk about the Nagorno-Karabakh conflict only in the past tense, the ceasefire regime in Karabakh is preserved and “it will be stronger” every day.

This was stated by the head of Azerbaijan, speaking at a meeting of the Council of CIS Heads of State on December 18.

“I also completely agree with Vladimir Vladimirovich Putin that, speaking of the Nagorno-Karabakh conflict, we should already talk about what happened in the past. This is already history,” Aliyev said.

Touching upon the peacekeeping mission of Russia in Karabakh, Aliyev noted that it “is being carried out very successfully.”

The peacekeepers are in constant contact with the relevant structures of Azerbaijan. In almost a month and a half since the armistice, there has been only one ceasefire violation.

“Literally in one day, the incident was settled, the ceasefire continues, and I think every day it will be stronger and stronger,” Aliyev said

Referring to the 44-day war, Ilham Aliyev defended Armenian Prime Minister Nikol Pashinyan, stating that it was not he who created the current army of Armenia, but the country’s ex-presidents Serzh Sargsyan and Robert Kocharian.

“The army that was defeated is the army that Kocharyan and Sargsyan created,” Aliyev said, adding that those who are now trying to “attack” Pashinyan should understand that this is not his army.

Note that Pashinyan himself does not participate in the meeting due to the death of his father.