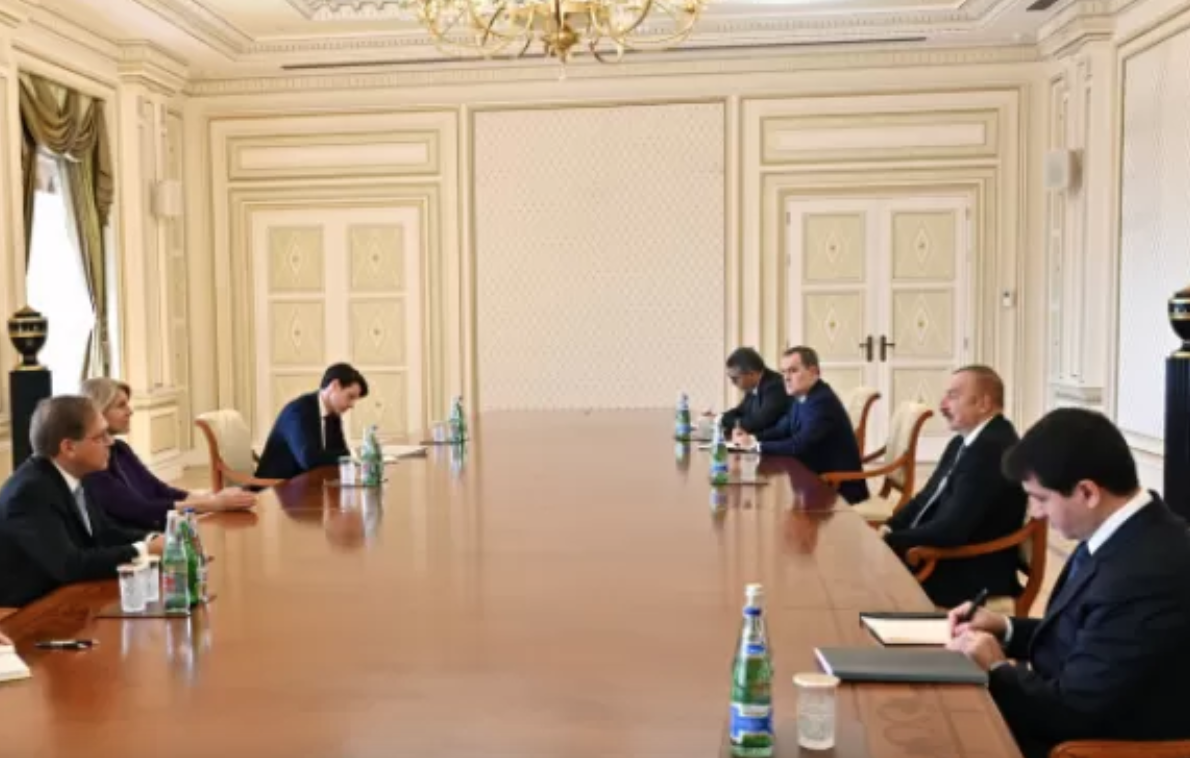 According to a report on the website of the head of state, the meeting noted that the agenda of bilateral relations is broad and covers energy cooperation, security in the region, the post-conflict period, the normalization of relations between Azerbaijan and Armenia, and other issues.

President Aliyev said, “Azerbaijan wants to see the South Caucasus as a region of cooperation.”

He noted the importance of bilateral relations of the issues outlined in U.S. President Joseph Biden’s message to Azerbaijan on the occasion of Independence Day and Baku Energy Week, as well as in Aliyev’s letter to Biden.

During the conversation, the sides exchanged views on the prospects of cooperation.