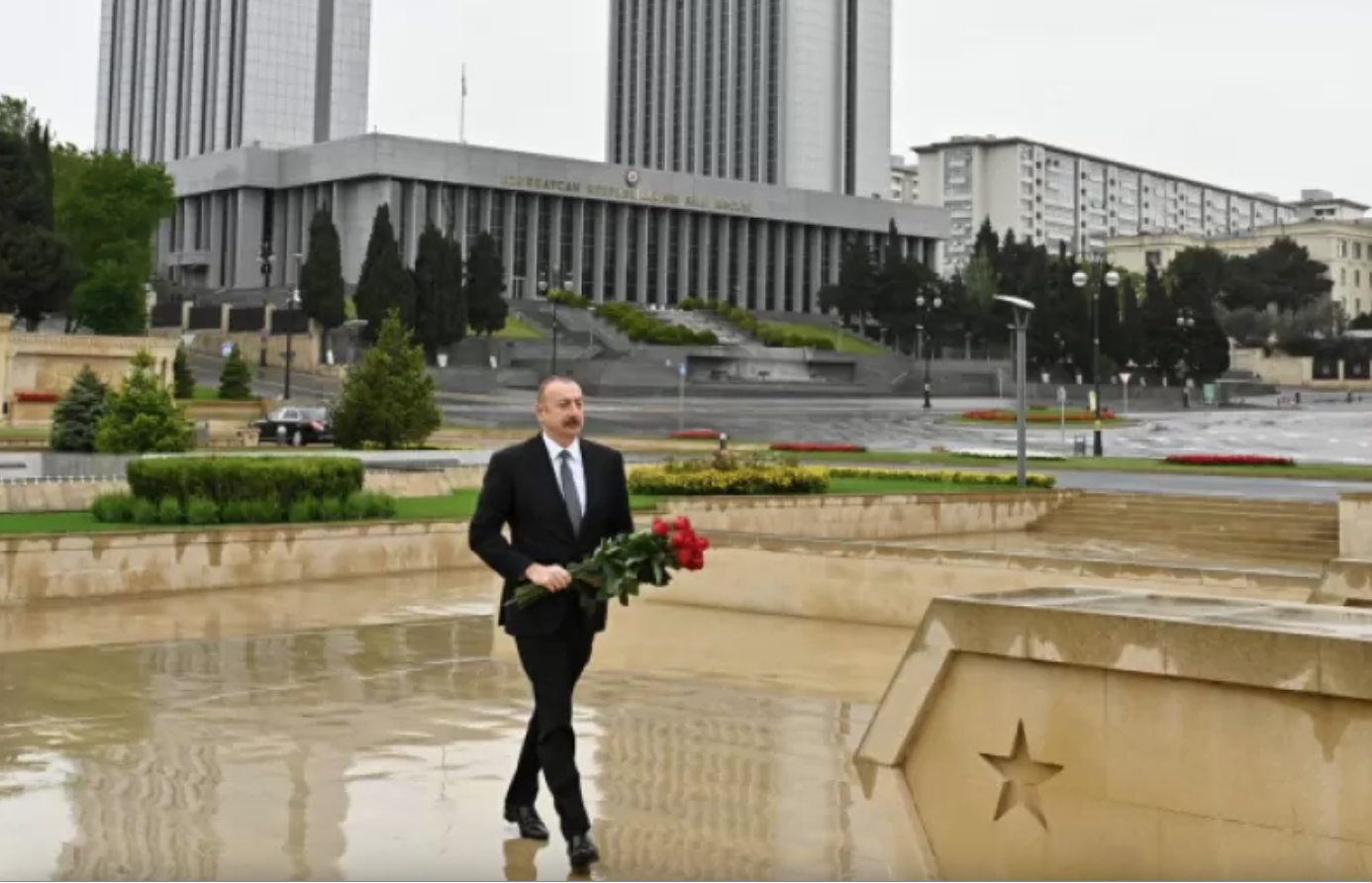 On this occasion of the 77th anniversary of the historic Victory over fascism, Azerbaijani President Ilham Aliyev visited the grave of twice Hero of the Soviet Union, Major General of the Tank Forces Azi Aslanov, laid flowers, honored the memory of all the sons of Azerbaijan who died in the war, according to Azerbaijan in Focus, reporting Turan News.

As the President’s website notes, “the Azerbaijani people have made an important contribution to achieving a historic victory over fascism. 600 thousand sons and daughters of Azerbaijan were sent to the front. Over 300 thousand of them died heroically in the battles. For the bravery shown in the war, more than 130 representatives of Azerbaijan were awarded the title of Hero of the Soviet Union, over 170 thousand of our soldiers and officers were awarded various orders and medals.

Azerbaijani divisions have passed a glorious combat path from the Caucasus to Berlin, hundreds of our compatriots fought as part of partisan detachments. Azerbaijani oil played a decisive role in achieving this Victory. Azerbaijan was the main supplier of fuel and lubricants for the Soviet army. 90 percent of motor oils, 80 percent of gasoline, 70 percent of oil were provided by Azerbaijan.

Azerbaijan has always sacredly honored the bright memory of its sons who passed a glorious military path. During all periods of his stay in power, the national leader of our people, Heydar Aliyev, showed special attention and care for war veterans, called them “the golden fund of our people.” President Ilham Aliyev also always focuses on solving the social problems of veterans, on the eve of May 9 – Victory Day, they receive financial assistance.

For the second year, the Azerbaijani people have been celebrating the victory over fascism in the 1941-1945 war with double pride and joy in connection with the Great Victory achieved as a result of the 44-day Patriotic War. Justice, for which our people have been fighting for 30 years, has finally triumphed, and under the leadership of President and Supreme Commander-in-Chief Ilham Aliyev, Azerbaijan has restored its territorial integrity within internationally recognized borders.

The bright memory of all our sons and daughters who died in the struggle for the sovereignty and territorial integrity of Azerbaijan and in the 1941-1945 war will live forever in the heart of the Azerbaijani people,” the message reads.