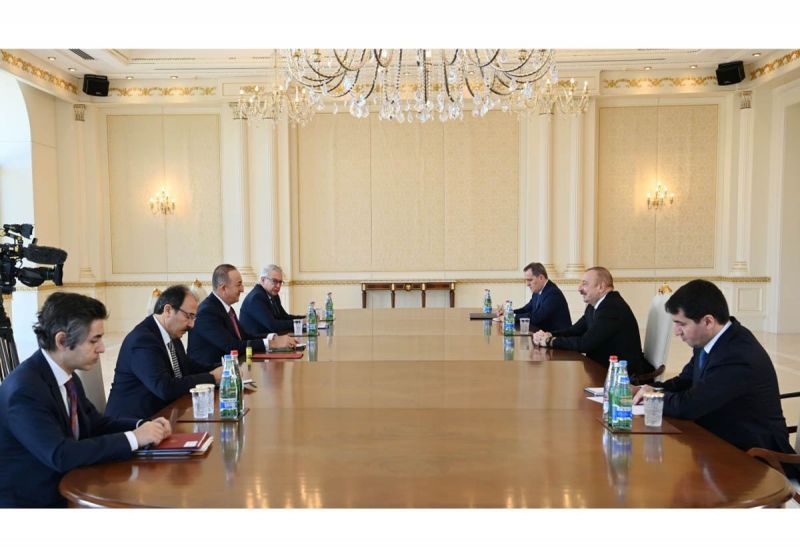 The issues of deepening Azerbaijani-Turkish relations and ensuring regional security were discussed on Saturday at a meeting between President Ilham Aliyev and Turkish Foreign Minister Mevlut Cavusoglu, according to Azerbaijan in Focus, reporting Turan News. Aliyev noted the great importance of the Shusha Declaration signed last year in the formation of allied relations between the two countries and ensuring peace in the region.

“The union of Turkey and Azerbaijan is important not only for the two countries but for the entire region,” Aliyev said.

In response, Cavusoglu recalled that the idea of ​​signing the Shusha Declaration belongs to Ilham Aliyev. “This task was successfully completed on your instructions,” he said.

According to Cavusoglu, the provisions of the Shusha Declaration have an impact on relations with other countries in the region. “Taking into account the provisions of the declaration, we will try to form trilateral, quadrilateral relations with neighboring countries,” Cavusoglu said, noting that this concerns large regional projects, including the Zangezur corridor.

“To report on all this and determine the next joint steps, I arrived in Baku,” Cavusoglu said.