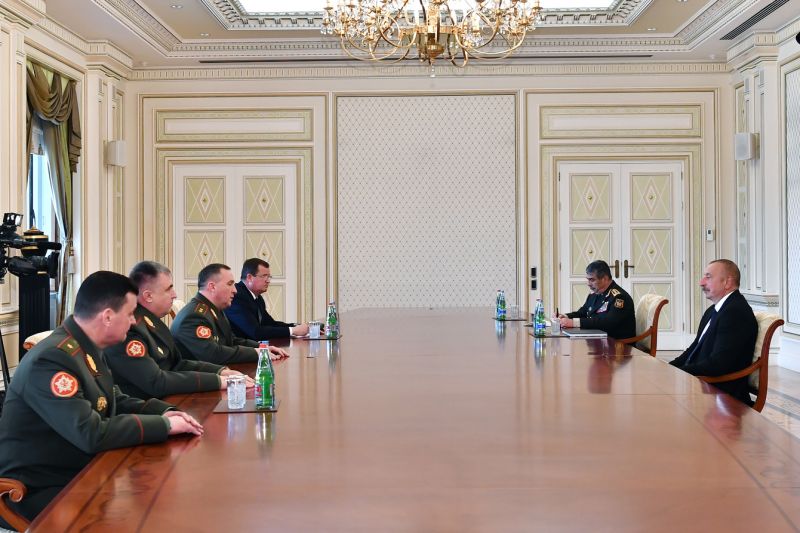 Ilham Aliyev received the Minister of Defense of Belarus

Issues of military-technical cooperation will be discussed during the visit of Belarusian Defense Minister Viktor Khrenin to Azerbaijan, which began today. During the meeting of the guest with the President of Azerbaijan, Aliyev noted that bilateral cooperation in the military sphere and in all other spheres continues successfully, according to Azerbaijan in Focus, reporting Turan News.

“I have invited Belarusian companies to participate in the restoration areas in the liberated territories, and as far as I know, there are already those interested,” Aliyev said. He also said that an Azerbaijani delegation headed by the Minister of Agriculture would soon leave for Belarus.

Military-technical cooperation between the two countries has been going on for many years. Azerbaijani military equipment was modernized at Belarusian enterprises. In addition, Belarus supplied Azerbaijan with short-range missile systems “Polonaise”, which were successfully used during the Second Karabakh War.