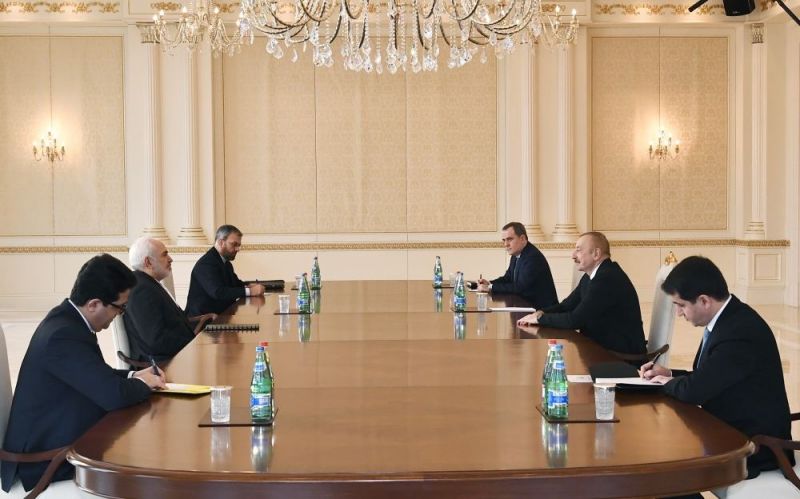 On Monday morning, President Ilham Aliyev received Iranian Foreign Minister Mohammed Zarif, according to Azerbaijan in Focus, reporting Turan News. The details from the meeting have not yet been reported.

Zarif arrived in Azerbaijan the night before and said at the Baku airport that “Iran is glad that brotherly Azerbaijan has liberated its territories and transferred them under the control of the Azerbaijani people.”

He said that he would discuss with the Azerbaijani leadership the issues of maintaining stability in Karabakh and restoring the liberated territories, as well as regional cooperation and North-South and South-West corridors.

After Baku, Zarif will also have planned visits to Moscow, Tbilisi, Yerevan and Ankara.