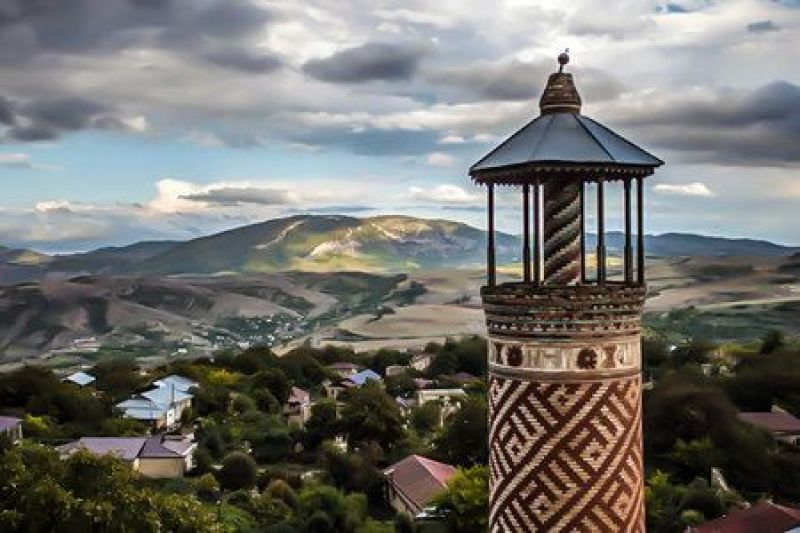 According to Azerbaijan in Focus, reporting Turan News, President of Azerbaijan Ilham Aliyev sharply criticised high-ranking officials for unreasonable intentions to open representative offices of their departments and personal residences in Shusha.

In an interview with the state television channel AzTV, Aliyev negatively assessed the idea of Elman Rustamov, ​​the head of the Central Bank, to open a branch of this structure in Shusha. “I take it negatively. This is arbitrariness. Before making such statements, one should first consult with the country’s leadership,” Aliyev said.

According to the President, all proposals and initiatives related to the liberated territories should be submitted to the leadership of the headquarters of the presidential administration.

“We cannot restore these territories at someone’s request. One wants to open a branch, the other wants to establish some other body. This is unacceptable,” Aliyev said. He pointed out that other high-ranking officials had also asked him to open regional offices in Shusha.

“The heads of other government agencies at least had the sense to contact me, and I told them “go and sit in your place”. I can name them so that the citizens of Azerbaijan know them,” Aliyev said.

Aliyev called the proposals to open a Customs Office and a frontier post in Shusha completely absurd since the city is not located near the border. According to Aliyev, officials pursue personal interests in Shusha.

“What are you going to do in Shusha? They want to come, stay, build a residence, and all at the expense of the state! They want it just to be able to say they have their own residence in Shusha. Sometimes I do not tell these things, so that not to disgust people. Sorry for the expression, but my patience is running out. Let officials and citizens know about it. Let the officials know their place. I proclaimed Shusha the capital of culture, not the capital of officials. Let them sit in their place, go about their business and not irritate me,” Aliyev further noted. He stressed that the territory of Shusha is only 300 hectares and unplanned construction is unacceptable there.

“The territory of Shusha is 300 hectares. I have not allowed building anything there. Because first, we have to investigate everything. Then we must restore the historical buildings,” Aliyev further noted.

As for the “Khrushchovka” buildings, Ilham Aliyev believes that those have exhausted their term and modern 4-5-storey residential buildings should be built in their place.

“I’m just sharing my thoughts, but how it will be – only experts, architects, historians, Shusha residents will say, how they want to see Shusha because this is their city,” Aliyev said.

He stressed that there should be public control over the restoration work. “Otherwise, you know, ugly buildings will be erected, lands will be seized, and everyone will build facilities for himself,” Aliyev said.