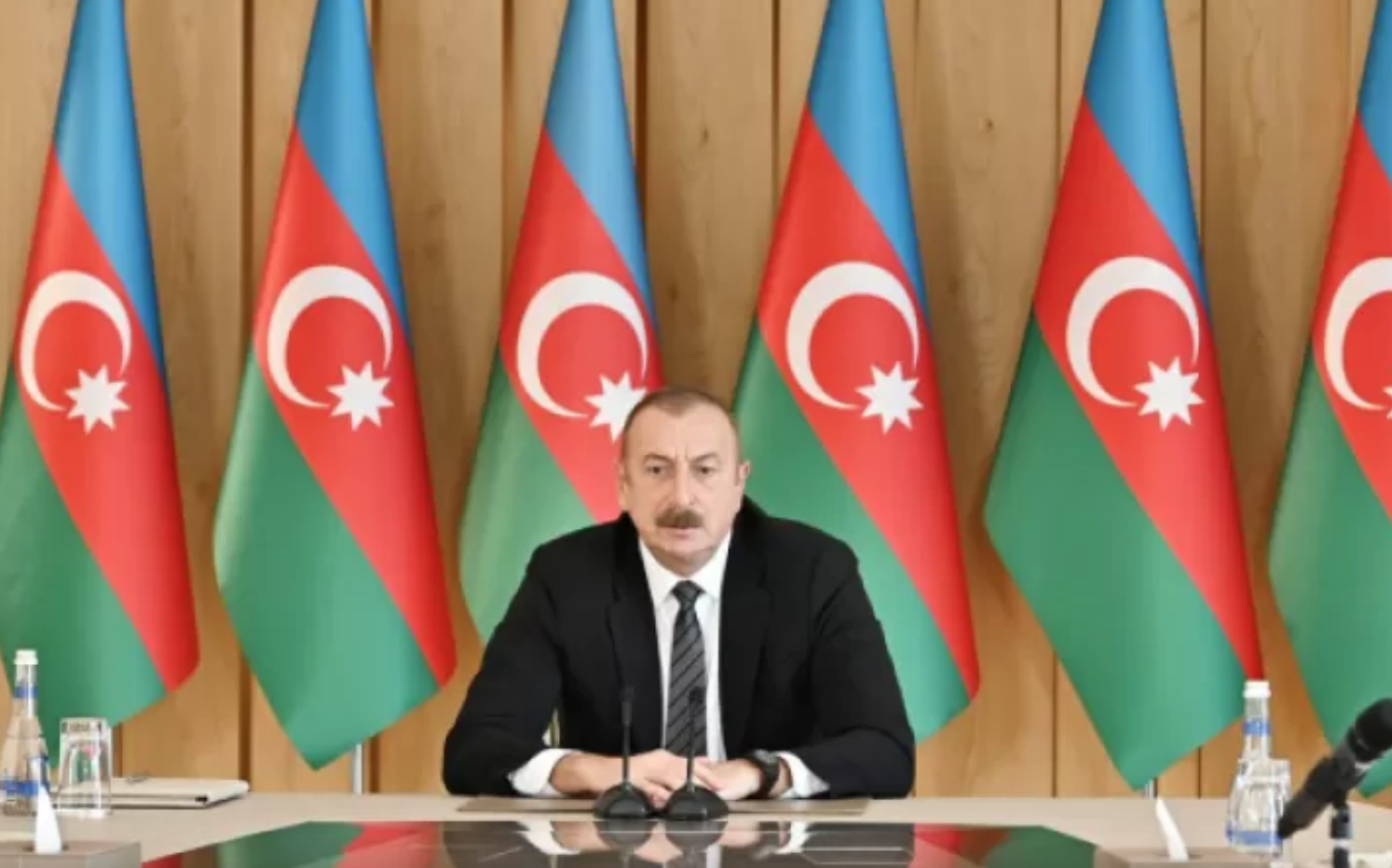 Ilham Aliyev talks on normalization of relations with Armenia

Armenia recognizes Azerbaijan’s territorial integrity and renounces its territorial claims against Azerbaijan. This was stated by President Ilham Aliyev, speaking at a meeting in Baku on April 12, according to Azerbaijan in Focus, reporting Turan News.

“I received confirmation at the Brussels meeting that Armenia accepts the 5 principles of the settlement. That is, the territorial integrity of Azerbaijan is accepted, and Armenia renounces its territorial claims against Azerbaijan.

This is a very positive fact and, I believe, this is the main condition for the normalization of bilateral relations,” Aliyev said.

Touching upon the telephone conversation of the two countries’ Foreign Ministers, Aliyev said it was the first in the past 30 years. By the end of April, working groups will be formed to work on the delimitation of the border, as well as working groups to prepare a peace agreement.

Touching upon the international community, Aliyev noted that the European Union had accepted the realities of the post-conflict period. The meetings in Brussels organized by the head of the European Council, Charles Michel, are evidence of that. The absence of the phrase “Nagorno-Karabakh” and “conflict” in the final communiqué was proof of this.

Azerbaijan and Armenia must resolve issues between themselves; those who want to help, let them help.  All neighboring countries have accepted the post-conflict reality. As for the OSCE Minsk Group, Aliyev again criticized it.

“For 28 years of work, the result of its work is zero. Although the mandate given to the Minsk Group to resolve the conflict is actually in force, de facto it is no longer valid.

The OSCE can deal with the normalization of ties between Azerbaijan and Armenia, nothing more, Aliyev believes.

“The Nagorno-Karabakh conflict has been resolved. Now the issue is the normalization of relations between Armenia and Azerbaijan, and any international organization capable of making a contribution in this field is of course acceptable,” Ilham Aliyev said in conclusion.