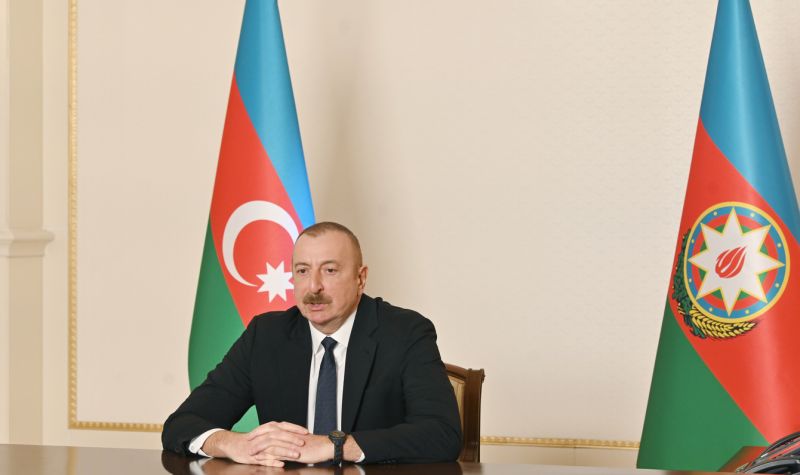 Ilham Aliyev: The Historical Appearance of Shusha Will Be Preserved During Restoration

The restoration of the city of Shusha will be systematic, while preserving its historical appearance, Ilham Aliyev said, according to Azerbaijan in Focus, reporting Turan News.

During the videoconference with the newly appointed special representative for Shusha, Aydin Kerimov, the head of state noted that he had sent a large group of specialists to Shusha. They inspected, analysed the situation and the restoration of the city is being carried out based on the work done.

Referring to the restoration process, Aliyev noted that the city was destroyed during the years of the Armenian occupation and there is practically no infrastructure there. During the years of occupation, a maximum of 2-3 thousand people lived in Shusha. Armenians, no matter how hard they tried, could not populate the city. Most of those who lived there were military personnel.

“The enemy has not created anything there, has not built anything except a few villas for the oligarchs. Roads are in a terrible state, buildings are destroyed, and there are thickets, rubbish, ugly kiosks all around. They destroyed everything. And after that they claim that Shusha is an Armenian city,” Aliyev said.

Implementation of infrastructure projects is a priority issue. In parallel, urban planning work should be carried out.

“Prior to this appointment, you worked in the State Committee for Urban Planning and Architecture, you have experience, and I am sure that you will be able to lead this work,” Aliyev said.

A specific program is being developed to restore historical and religious monuments. An audit of the housing stock was carried out, most of which is in unusable condition. Shusha will turn into one of the most beautiful cities and restoration work will be under the personal control of the head of state, Ilham Aliyev stressed.