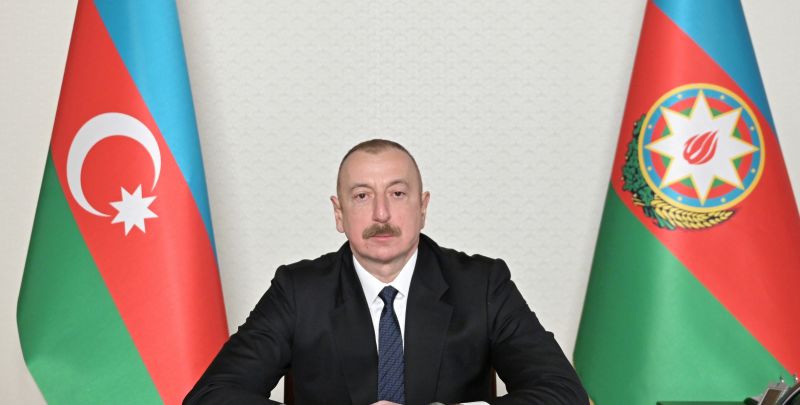 Ilham Aliyev: The Main Result of 2020 Is the Liberation of Azerbaijani Lands From Occupation

According to Azerbaijan in Focus, reporting Turan News, the main result of 2020 is the liberation of Azerbaijani lands from occupation, as stated by President Ilham Aliyev at a video conference dedicated to the results of 2020 on January 6.

Referring to the internal political results of the year, Aliyev noted that parliamentary elections were held in Azerbaijan in 2020, dialogue with political parties was strengthened, and personnel reforms were continued. The head of state also paid special attention to economic issues. According to him, although last year the economy of Azerbaijan contracted by 4 percent, the non-oil industry grew by more than 11 percent.

In addition, in agriculture, the average monthly wages and pensions were increased, and the resources of the Oil Fund, despite the fall in hydrocarbon prices, did not decrease, but, on the contrary, increased. Thus, Azerbaijan has retained its foreign exchange reserves. Speaking about the energy issue, Aliyev emphasized that in 2020 the Southern Gas Corridor and its last section, TAP, were fully commissioned.

“For the first time in history, Azerbaijani gas has entered Europe,” the president said. He also focused on the World Bank’s Doing Business report, where Azerbaijan’s rating increased: the country ranked 28th out of 190 countries and also entered the top ten “most reforming” states. Aliyev also said that large-scale construction work would be carried out on the liberated lands this year.