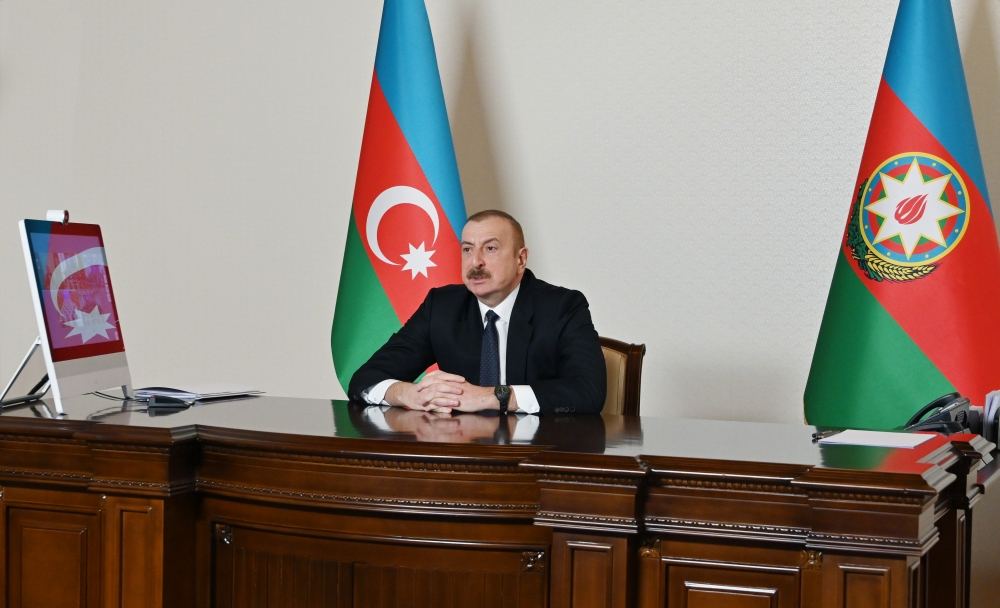 Ilham Aliyev: Today we are working on equal agreement with EU, it has been agreed by 90%

“Today there is not a single country with which we would have problems. We have developed close ties with the European Union. Strategic partnership documents have been signed with nine member states of the European Union,” President of the Republic of Azerbaijan, Chairman of the New Azerbaijan Party Ilham Aliyev mentioned during his speech at the 7th Congress of the New Azerbaijan Party (YAP) held in a video format, according to Azerbaijan in Focus, reporting Trend News.

“I don’t want to talk about anyone now, but I must say this. Which of the Eastern Partnership countries signed a strategic partnership document with nine EU member states? None! They have signed an association agreement. I have seen this agreement. This is actually not an agreement, but an instruction, just an instruction. These countries are instructed to do things this or that way. I rejected it. I said that we did not need such instructions. We know what to do ourselves. Today we are working on an equal agreement with the European Union, it has already been agreed by 90 percent. Of course, the pandemic and the war intervened in these matters a little. These negotiations will be resumed in the near future. Therefore, we have achieved success in this area, because we have a multifaceted foreign policy with other countries,” the Azerbaijani president said.

“Notice the hard work we have done in international organizations. Some thought it was in vain. No, this is not the case. We needed to further strengthen the legal basis for the second Karabakh war. Until 2005, the main legal basis for us was only the UN Security Council resolutions. Of course, these are very important resolutions but they were not implemented. We enforced them,” the head of state said.