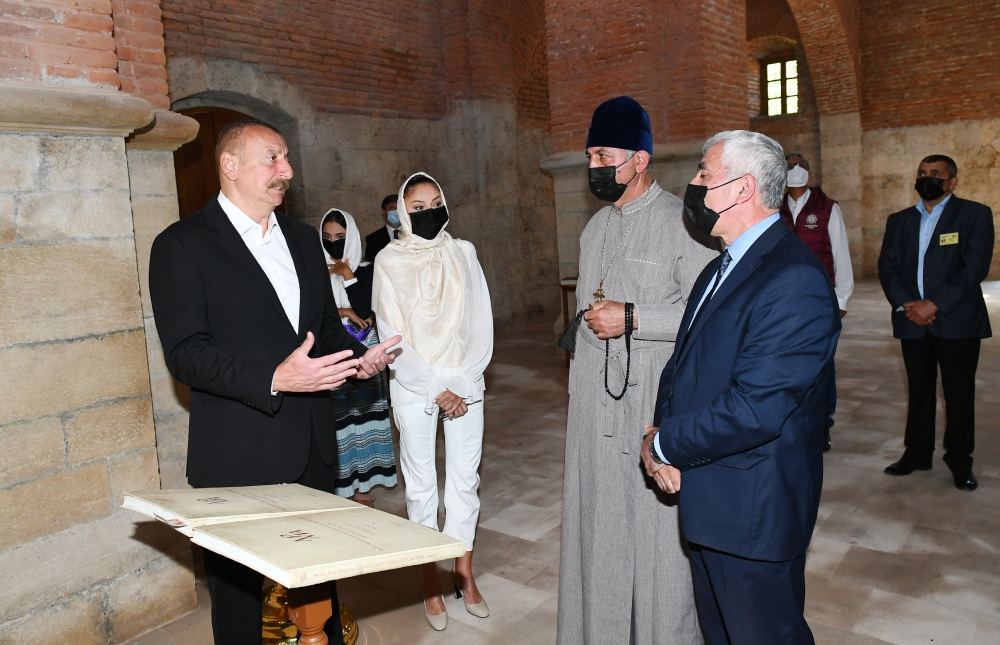 The Udi people have a great historical heritage, President of the Republic of Azerbaijan Ilham Aliyev said visiting the Albanian Church of the Blessed Virgin Mary located in Nij settlement of Gabala district, according to Azerbaijan in Focus, reporting Trend News.

“You are performing divine services both in the territory of Gabala district and, at the same time, on liberated lands – both in Khudavang and Aghoghlan. There are also other temples belonging to the Udi people there. Most of them are either in a ruined or dilapidated condition. Therefore, we will restore them too. You will be able to visit those churches too. You have been to Khudavang several times,” the head of state said.

“Representatives of the Udi people performed at the “Kharibulbul” festival in Shusha recently, and your representative was there as well. This shows again that all peoples live like one family in Azerbaijan. On the first day of the “Kharibulbul” festival, which was organized in Shusha after a long break, representatives of the peoples living in Azerbaijan took the stage and demonstrated their culture. At the same time, we are also demonstrating our unity. The restoration of this church also embodies our unity,” the Azerbaijani president said.