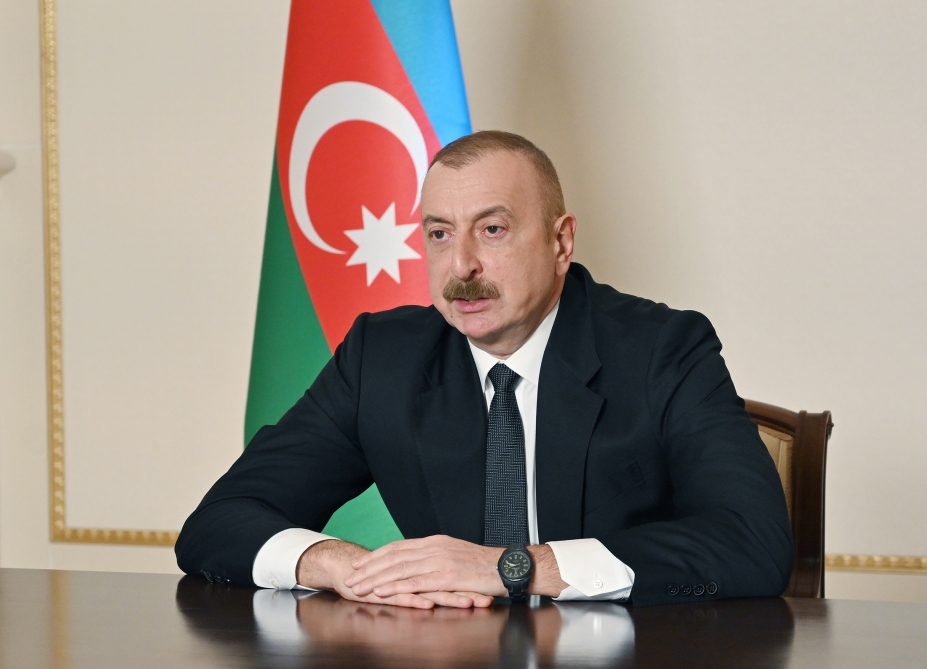 Ilham Aliyev: We Avenged Victims of Khojaly on Battlefield

“The Khojaly genocide is a bloody crime, a genocide committed by Armenia against the Azerbaijani population.” President of Azerbaijan Ilham Aliyev stated this at today’s press conference on the occasion of the 29th anniversary of the Khojaly tragedy, according to Azerbaijan in Focus, reporting Turan News.

He recalled that 613 people became victims of the genocide, including 106 women and 63 children, who were killed with particular cruelty.

“Those who committed the Khojaly genocide are war criminals. Many of them were destroyed by the Azerbaijan Army in the second Karabakh war,” Aliyev said.

As the President noted, Khojaly genocide has been recognised by the world community.

“More than 10 countries have officially recognised and confirmed this event as genocide. And this process continues. … The war crimes of the Armenian state are documented – videos and photographs are presented to a fairly wide audience. Now the whole world sees and knows that the Azerbaijani people were subjected to genocide at the end of the 20th century,” Aliyev continued.

“By committing the Khojaly genocide, Armenia, in fact, wanted to break the will of the Azerbaijani people,” he added.

“And it is no coincidence, that when answering this question in an interview with foreign journalists, the Armenian leaders, war criminals proudly noted that Armenia had committed this war crime against the civilian population, so that the Azerbaijani people saw that the Armenian leadership could raise its hand against the civilian population. We avenged the victims of Khojaly on the battlefield. In the second Karabakh war, which lasted 44 days, having defeated the Armenian army and liberated our historical lands from the invaders, we also avenged the victims of Khojaly,” Aliyev said.

He stressed that Azerbaijan will continue to inform the world community about the genocide in Khojaly. “Our goal is that this bloody crime is not forgotten either in Azerbaijan or in the world, so that it will never happen again,” Aliyev said.