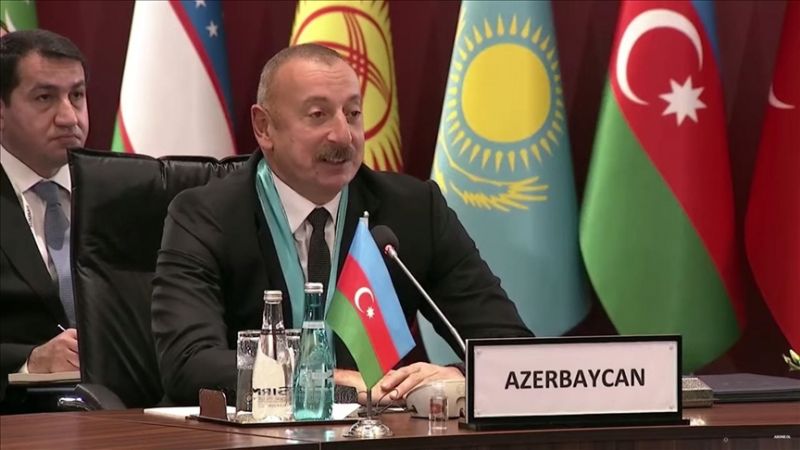 When Soviet Armenia was created, part of the territory of Azerbaijan was transferred by the Bolsheviks to this republic. “In fact, Azerbaijan was divided and part of it was given to the Armenians. Thus, the Turkic world was also divided,” Aliyev said, speaking on Friday at the Turkic summit in Istanbul. Nevertheless, today the Turkic world is once again uniting through logistics projects, he added, according to Azerbaijan in Focus, reporting Turan News.

Azerbaijan’s victory in Karabakh means the development of communications and from this point of view, the opening of the Zangezur corridor is important. “Its opening will give wide opportunities to the entire region, it has great potential and will connect all countries of the Turkic world with Europe. This is a very important project,” Aliyev said.