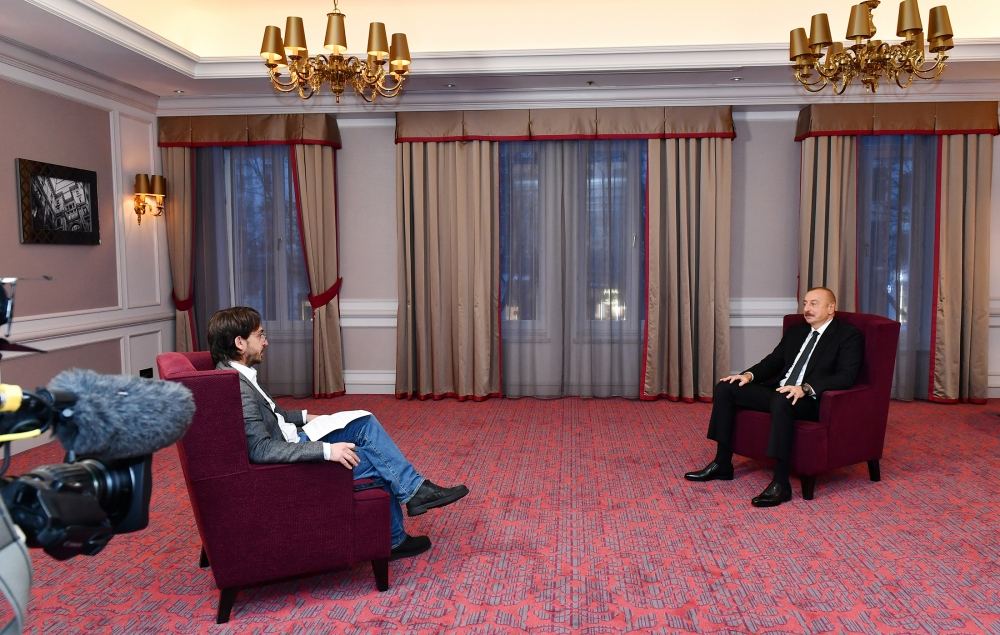 Ilham Aliyev: Azerbaijan Offered the EU to Finance the Clearance of the Liberated Territories

Azerbaijan offered the European Union to finance mine clearance in the liberated territories, President Ilham Aliyev said, according to Azerbaijan in Focus, reporting Turan News.

“At a meeting with Mr. Michel (head of the EU Council), I suggested that the European Commission consider the possibility of financing the mine clearance process in Azerbaijan at its own expense. I said, don’t give us money, allocate financial assistance to European mine clearance companies so that they can come to Azerbaijan and work, ” Aliyev said in an interview with the Italian newspaper Il Sole 24 Ore.

According to him, it is impossible for Azerbaijan to physically ensure demining of such a large territory.” In addition, this is very expensive work, and if the territories are not cleared of mines, we will not be able to ensure the return of people. They have been waiting for this for almost 30 years,” the President of Azerbaijan stressed.

Aliyev drew attention to the unjust approach of the EU in providing assistance to Azerbaijan and Armenia. Thus, a package of assistance worth $ 2.6 billion has been approved for Armenia, while only 140 million euros for Azerbaijan. And this is despite the fact that there is no destruction on the territory of Armenia. On the other hand, the population of Azerbaijan is 5 times the number of residents of Armenia, Aliyev said.

According to him, Armenia laid about 1 million mines during the occupation of Karabakh and Eastern Zangezur.

According to him, the railway to the border with Armenia is supposed to be built by the end of 2023 (length 110 km.). He expressed the hope that by this time Armenia will build a section on its territory (45 km ).

Referring to the energy cooperation of Baku with the EU, Aliyev stressed that Azerbaijan has all the possibilities to increase gas supplies to Europe: large fields, modern infrastructure. The President noted the Balkans and Central Europe as potential markets for the supply of Azerbaijani gas.

At the same time, he noted that gas supplies to Europe began at the end of last year and since then Azerbaijan has pumped 7.2 billion cubic meters of gas to Italy, Greece, and Bulgaria.

Aliyev denied the opinion that Azerbaijani gas competes with supplies from the Russian Federation. He pointed out that the volumes of supplies of the two countries are not comparable, since Russia exports hundreds of billion cubic meters of gas to Europe.

“Therefore, under no circumstances can this negatively affect our very positive and well-balanced relations with Russia,” the President of Azerbaijan stressed.

According to him, Russia “respects” the policy of Azerbaijan. “First of all, this issue (about competition in the European gas market – note by Turan) has never been discussed at the level of the leaders of the two countries. Secondly, Russia respects our policy, foreign policy, energy policy. We are not competitors. I have repeatedly stated that this issue is being artificially inflated. Under no circumstances are we competitors of Russia,” Aliyev said.