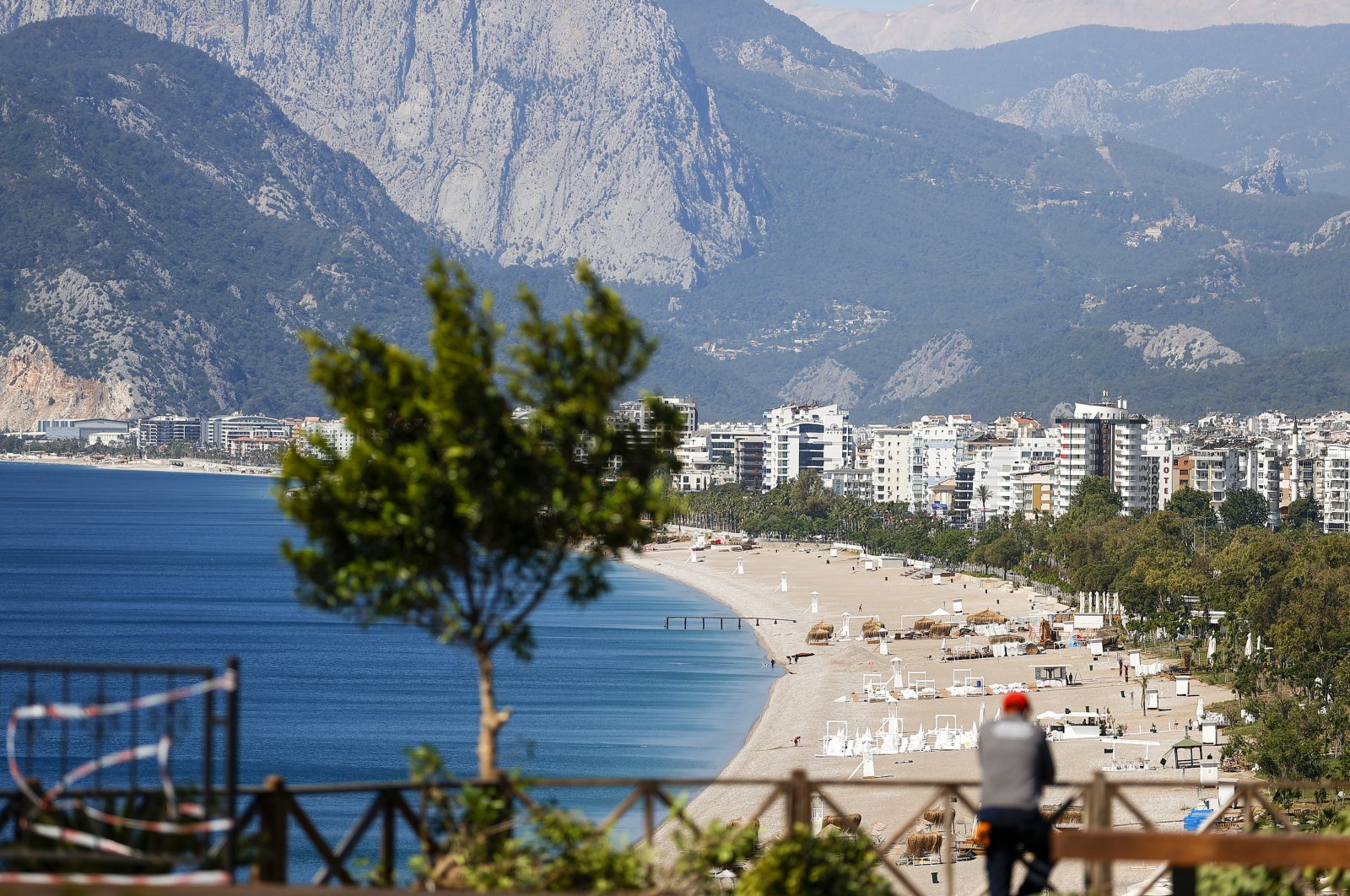 Russian citizens eagerly waiting for the end to a government ban on air travel to Turkey as the summer season, critical for the latter’s coronavirus-battered tourism industry, is due to start.

A one-and-half-month ban on flights between Russia and Turkey will expire on June 1, yet uncertainty over whether Moscow will allow its citizens to travel is causing concerns among the industry as well as tourists.

The Russian government, however, has denied reports that the ban had been extended until the end of June.

The suspension has already dealt an early setback for Turkey, a top tourist destination for millions of Russians every year, and the tourism sector that is attempting to recover from a year of pandemic restrictions as new COVID-19 cases fall.

Even though their plans for April to June have been canceled, many Russian tourists remain committed to their bookings and are looking for alternative dates to travel to Turkey, according to Russian tourism industry representatives.

Anastasia Semenova, a Moscow resident, is among those eagerly waiting for a holiday in Turkey. She had been making vacation plans in case restrictions are lifted.

“Unfortunately, it is not possible at the moment. Turkey is beautiful in terms of climate, entertainment and budget. I would love to see the restrictions lifted,” Semenova told Anadolu Agency (AA).

She says she plans to go on a vacation around Moscow this year as “going abroad probably will not be possible because of the restrictions.”

Moscow’s decision to halt most flights is said to have blocked the plans of 500,000 tourists, who had hoped to visit during the April-June period.

Turkey welcomed 2.1 million Russians last year and some 6 million in the year before the pandemic.

Turkish officials were in Russia’s capital last week to hold meetings on tourism and resuming air travel. Russia is expected to send a delegation to assess measures taken by Turkey to protect airports, hotels and other tourist locations from the coronavirus before deciding on when to lift its flight ban.

Officials have also said the calendar regarding air travel could be unveiled at the end of May.

Restrictions challenging for many

Tatyana Uspenskaya says Turkey is a country that Russians love very much, stressing that the current restrictions are even challenging for many Russians.

Uspenskaya, who is planning to have her vacation in Moscow, has never been to Turkey, yet eagerly wants to visit the country

Valeriya Oboronina will travel to Turkey if the conditions allow it.

She says it is currently possible to go to Turkey through other countries, “but of course it will be more comfortable once direct flights resume. I would go with pleasure.”

“If I could go abroad, I would want to go to Turkey. It is closed now, but if the situation improves, I could visit Turkey,” Oboronina said. “Now, I will probably go to Sochi on the Black Sea. I am unlikely to fly anywhere.”

Another citizen, Valeriya Jukova was sticking to her plans for a holiday in Turkey this year and said she expects a gradual lifting of the restrictions.

Frequent visitors Anastasya Bagateva and Yekaterina Kuzmina both stressed they wanted the measures to be lifted as soon as possible.

The number of Russian tourists arriving in Turkey’s Mediterranean resort city of Antalya doubled in the January-April period from a year ago.

Tourists from Russia alone accounted for some 296,131 of the total 445,671 foreign visitors that arrived in the city in the four-month period. Around 145,406 Russians arrived in the same period last year.

Around 500,000 Russians have traveled to Turkey in the first quarter of the year, according to Russia’s Association of Tour Operators.

Yevgeniy Ivanovic said he will have to work this summer but he would like to have a vacation in Turkey if the opportunity arises.

“For Russians, holidays in Turkey are a habit. Of course, I would like the existing restrictions to be lifted as well,” Ivanovic noted.

The daily coronavirus cases plummeted to below 9,000 on Sunday from a record high of 63,082 a month ago.

The country last month began the rollout of COVID-19 vaccination for tourism employees, as well as people working in the aviation industry, including pilots and cabin crews.

Some two-thirds of employees have received their jabs so far, Culture and Tourism Deputy Minister Nadir Alpaslan said Sunday, stressing that all workers would be vaccinated by the end of June.

“Currently, about 300,000 tourism employees have been vaccinated. We can say that two-thirds of workers are vaccinated,” Alpaslan told AA.

About last week’s high-level meeting in Moscow, the deputy minister said flight traffic between the two countries was the number one priority on the agenda, confirming that a Russian delegation would soon arrive in Turkey to make on-site examinations.

The government hopes over 30 million foreign visitors will arrive this year, creating revenues estimated to reach around $23 billion.

The pandemic and related restrictions have slashed foreign arrivals in the country as the January-February figure was down by 70.24% year-on-year.

Alpaslan’s remarks came on the sidelines of a meeting on the country’s Safe Tourism Certificate Program in Antalya hosted by Culture and Tourism Minister Mehmet Nuri Ersoy.

Ersoy informed foreign ambassadors and members of international media about the measures taken to ensure safety and health at airports, hotels and other tourist locations, as well as preparations for the summer season.

Addressing the meeting, Turkish Hoteliers Federation (TÜROFED) Chairperson Sururi Çorabatır dubbed the certificate program one of the most comprehensive and transparent ones in the world.

“If a person among the families of our guests turns positive for COVID-19, we guarantee that if they get infected here, we will host them for free. If a member of a family is positive, we will provide free services to the whole family. Plane ticket rebooking will also be free,” Çorabatır stressed.

This article originally appeared in DAILY SABAH on 23 May 2021.