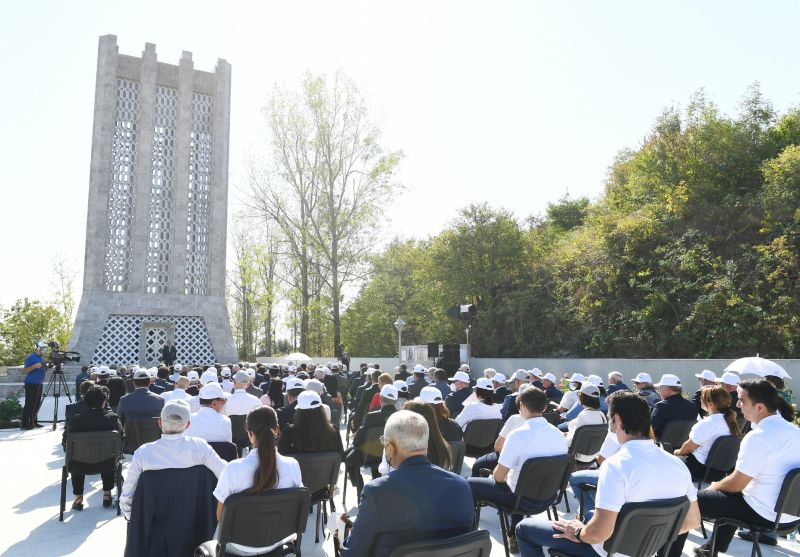 In 2022, the 270th anniversary of the town of Shusha will be celebrated

The 270th anniversary of the town of Shusha will be solemnly celebrated in 2022, President Ilham Aliyev said today, opening the Poetry Days in Shusha, according to Azerbaijan in Focus, reporting Turan News.

“Shusha was founded in 1752 by Panakhali Khan and next year we will solemnly celebrate the 270th anniversary of the town. Despite the years of occupation, the town has preserved the Azerbaijani spirit. We have restored the territorial integrity of our country, national dignity, selflessly fighting, shedding blood,” Aliyev said.

Aliyev noted that he visited Shusha for the first time after its liberation on January 14, and then he had to travel across a narrow, unpaved, bumpy road for 2.5-3 hours. Now, this Victory Road has already been paved. Another main road with tunnels is being built.

The restoration of historical and cultural monuments has begun. The poet Vagif’s mausoleum and monument and the Bulbul house-museum have already been restored. Restoration work is underway in three mosques. The Natavan spring has also been restored. All 17 springs in the town were dried by Armenians.

Already in spring, the hotel “Hari Bulbul” was commissioned; after the reconstruction, hotel “Karabakh” was opened. Construction of a new 5-star hotel with 150 rooms has begun. There are 150 more rooms in the existing hotels “Karabakh” and “Hari Bulbul”.

A new hotel is being built on a site where the separatists were going to build a “parliament” of the illegal entity they call the “Nagorno-Karabakh Republic”.

A new residential complex of 25 buildings was also laid. “These comprehensive measures show that the revival of the town of Shusha is proceeding at an accelerated pace and Shusha residents are returning to the city. Note that Shusha residents are provided with work at open facilities, besides, they visit their town in groups, Aliyev said.