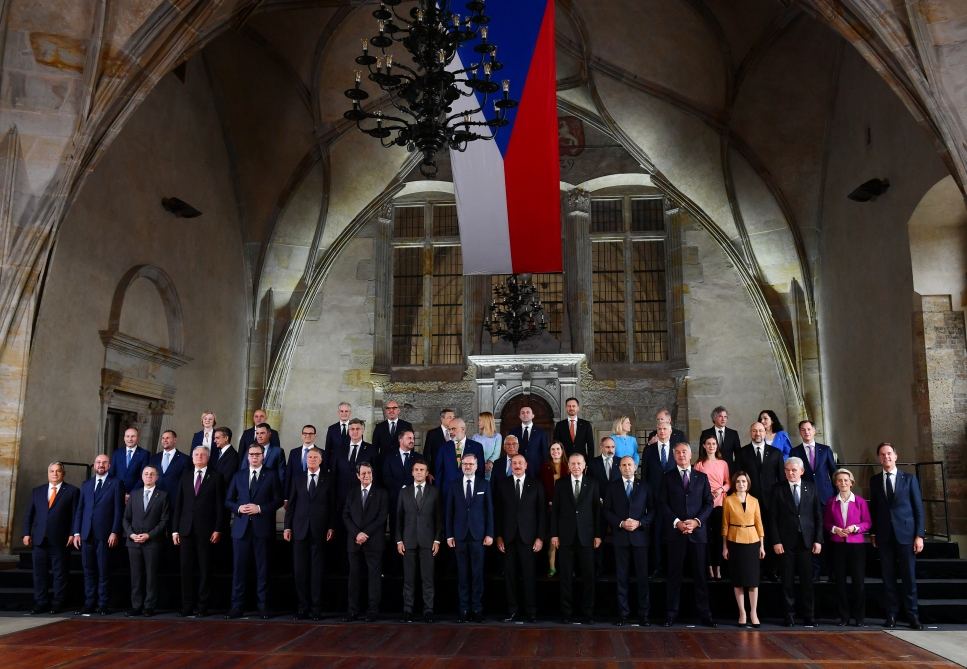 Prague hosted the opening plenary session of the European Political Community summit, which was attended by the heads of state and governments of 44 countries, according to Azerbaijan in Focus, reporting Trend News.

President of Azerbaijan Ilham Aliyev attended the European Political Community summit at the invitation of President of the Council of the European Union Charles Michel and Prime Minister of the Czech Republic Petr Fiala.

President Ilham Aliyev is known today in Europe as the most authoritative Head of state.

The growing authority of President Ilham Aliyev in the international arena strengthens the political power of the country and has a positive impact on the processes taking place in the region.

Azerbaijan has become the economic, cultural, scientific, and intellectual center of the region, is participating in international events, during which the most pressing problems of the modern world are discussed, and gathers the influential scientific, cultural and political elite of the civilized world in Baku, and is invited to international global forums and meetings. Many political and economic issues are coordinated with Azerbaijan, and the position of the country often plays a decisive role.

The international authority of Azerbaijan and its geopolitical and geoeconomic power is increasing after the Second Karabakh War. Amid the situation in Ukraine the strategic importance of Azerbaijan, which forms mutually beneficial cooperation ties with global centers of power, is also increasing even more.

A few days ago, President Ilham Aliyev participated in the opening ceremony of Interconnector Greece-Bulgaria (IGB) in Sofia at the invitation of the President of Bulgaria.

It’s also important to note the previous visit of President Ilham Aliyev to Italy, in particular his participation and speech at the international forum in Cernobbio, Italy, to which the Head of the Azerbaijani state was invited by Italian President Sergio Mattarella, Italian Prime Minister Mario Draghi and the ‘European House – Ambrosetti’ think tank.

The chronology of the past month alone shows, how the international role of President Ilham Aliyev has increased in the world, particularly, in Europe. The Western circles seek to meet with the leader of Azerbaijan at various levels, to learn his opinion on the discussed issues, and to further improve relations with Azerbaijan.

These nuances were once again revealed at the meeting in Prague. After the opening ceremony of the plenary session of the European Political Community summit, the participants took a joint photo. In the photo, President Ilham Aliyev is standing in the front row and in the center. This nuance is actually a reflection of the growing political authority and international role of the Head of the state.

Azerbaijan and its leader are perceived and accepted by the whole world with special attention amid the new reality.