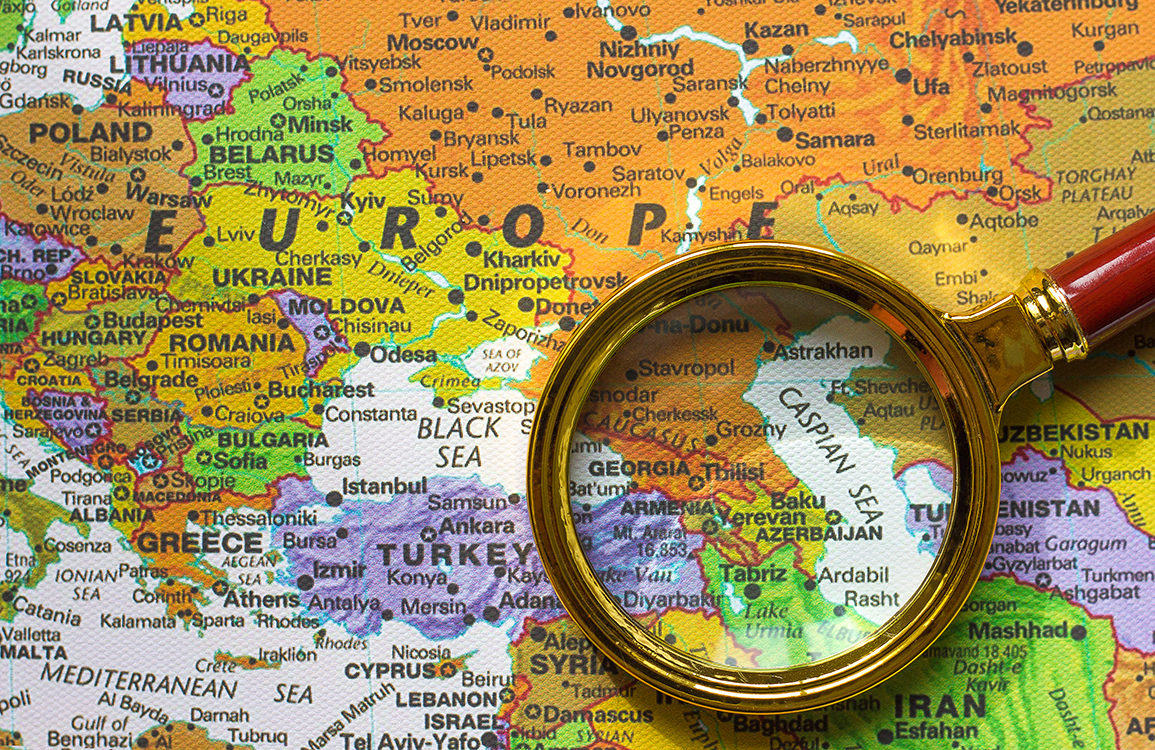 In Search of the Truth

War is never easy. Furthermore, watching the wars being covered on the TV news is very different from when the war is happening in your own country, especially if that war has been ‘frozen’ for nearly 30 years.

In 2020, the Nagorno-Karabakh conflict has transformed from what it was back in the 1990s: today, it is no longer solely at the actual battlefield, but is now a war of every Azerbaijani, both within and outside of Azerbaijan, as today there is an additional frontline – the internet.

Whilst dealing again with the aching reality of the loss of life on Azerbaijani territory, amidst the roar of online noise, it’s almost impossible to hear the whisper of truth and wisdom. However, among the many voices there is one that has persistently prevailed over others. 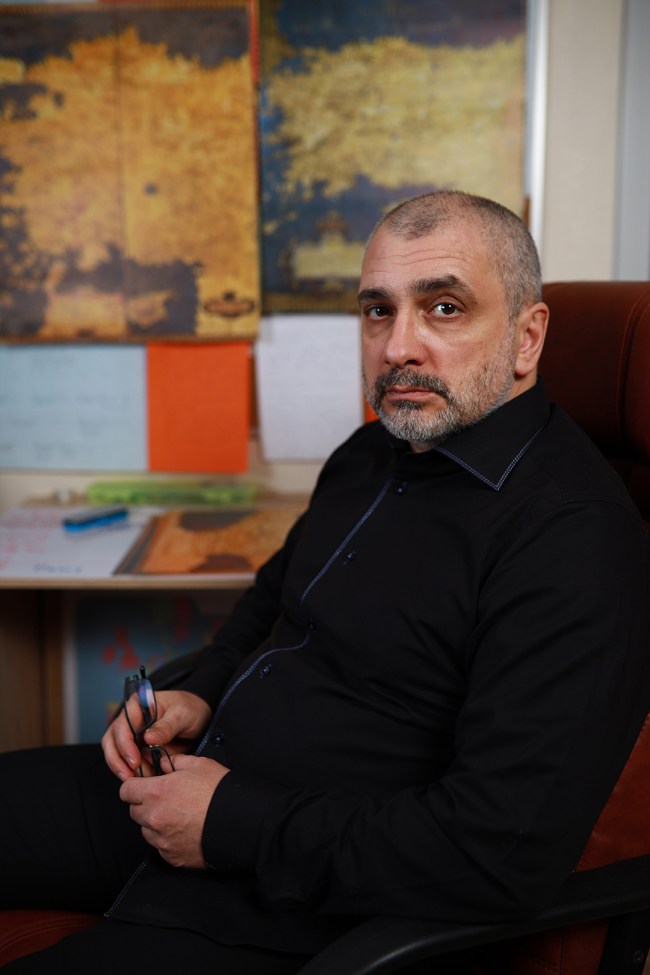 Philip Vartanovich Ekozyants, a historian, writer and researcher, sat down with Azerbaijan in Focus to discuss his new book, Israel Ori, Pandora’s Box. This is a story that travels back in time to where it all began, which is the very root of this conflict between Armenia and Azerbaijan that caught fire again on 27 September 2020.

In the first part of the book, the author outlines the return of Israel Ori, a historical figure of Armenian descent, to his homeland in Persia after being gone for almost 20 years. He aims to meet his relatives and meliks, and brings an offer from European monarchs. The author explains: “That is where the answer to my question ‘How it all started?’ lies. I’m convinced that in order to solve the problem, it is crucial to discover its root and source.”

The idea of writing this book was: “First and foremost, what I needed myself. It was necessary for me to have all the documents, which comprise my version of the history of our people, to be collected together and ‘stitched’ together by a single plot. It had to be a sort of a ‘live catalogue’, where those sources that are ignored by the official Armenian historiography are clearly presented to the reader.”

Interestingly, the author was inspired to write this work by another book, The ‘Armenian Question’ in the Caucasus, part of which is dedicated to the events at the beginning of the 19th century.

“This book was given to me in 2017 by Shahin Hajiyev, a famous Azerbaijani journalist. The authors concentrated mainly on the conflict between the Armenian and Azerbaijani people. Even though most of the book comprises archival documents, I still couldn’t find the answer to the question that interested me the most, since the book doesn’t cover the events of the late 17th and early 18th centuries. That’s when I decided I need to get started.” 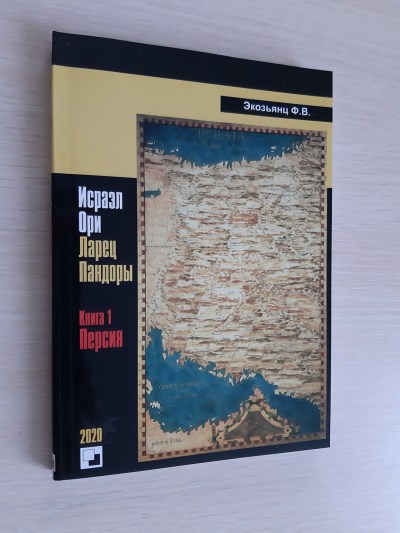 When asked about the aim of his book, he simply says: “It is my objective to change the perspective of the readers on the so-called ‘Armenian question’ and provide them with the information that will help them see the bigger picture. However, the reader should initially stop seeing our nation as an ‘innocent victim’ – my nation doesn’t deserve such a one-sided approach. As with any other nation, at different points in history, we have been both the victim and executioner.
The intended audience of the book is: “Armenians who love their history. However, they are not the only readership. I’m certain that the audience for this book has no borders, because the history of civilisation is more empty than full, and to think that everything is already known to everyone is a big misconception.”

“I’m aware that those who’ve found strength in themselves to read the book are shocked by the new facts presented. However, more than anything, they are shocked that all these facts have been right before their eyes for all this time. My work can be regarded as an example and a small hint for the representatives of other nations who want to know the truth about themselves.”

Since the end of 2017, Philip Vartanovich Ekozyants has not only finished the first part of the dilogy, but has also been working on a series of articles introducing readers to the facts of what was known to historians and geographers in the 16th–17th centuries regarding the history, geography, politics, language and life of the Armenian people. The first article from these series, entitled Pierre d’Avity on the Armenians, was published in the Philosophia magazine in Moscow (September, 2020).

The author continued: “There is a popular opinion that we, Armenians, as we are known by the world today, were known throughout history. However, it is not really the case. As it transpires, in the 16th–17th centuries, no-one knew anything about our ‘antiquity’. In fact, quite the contrary was written about the Armenian language to what is said about it today; and the name ‘Armenian’ was not used to designate a specific nation, but a small religious community.”

“Without a clear understanding of all these factors, the reader will be unable to correctly comprehend what later happened to Israel Ori ‘and Co’ during his communications with Peter the Great, and how it all translated into the 20th century.”

Our conversation would have been incomplete if we failed to talk about the current situation between Armenia and Azerbaijan. Here, the author’s position was simple and unambiguous: “I’m certain that, once Armenia ends its occupation of Azerbaijani territories, comprising Nagorno-Karabakh and the surrounding regions, to which the current leaders of Armenia and the Armenian diaspora openly (or secretly) lay claim, nothing will impede Armenians from building their desired lives. Of course, the question is whether they really want to build it. I say “they” as I do not live in the Republic of Armenia and have no intention of doing so.”

Often in the media, especially overseas, this conflict is either purposefully or simply mistakenly referred to as being ‘religious’ in nature. After studying more than 300 years of historical data, the author reaffirms: “There is absolutely no basis for regarding this conflict as religious; not the single, slightest reason. It is a conflict between two states, and the reason for this is the illegal occupation of foreign lands. If you see a politician or a public figure claiming that the war in Azerbaijan is between Christians and non-Christians, then you can safely classify him as a provocateur.”

A truce between the two countries, subject to the liberation of the seven occupied regions of Azerbaijan and further determination of the status of Nagorno-Karabakh, could have been economically favourable for Armenia. The author regards the extension of the conflict through the prism of history: “Figuratively speaking, the ‘patrons’ of Israel Ori are still alive. Their appetites are still unsatisfied. Of course, Armenians today are used as not even cheap, but a free military force to destabilise the entire region. The ‘patrons’ do not need peace, unlike the ordinary Armenian people, who have long been suffocating under this ‘collar’ of historical claims from which they cannot extricate themselves. Therefore, those ‘patrons’ will try to hinder the establishment of peace even after the end of the war. I’m sure of it.”

It is futile to expect fairness at war, but, since the beginning of the counterattack on 27 September, the Azerbaijani army has conducted all military operations on Azerbaijani territory, aiming only at military objects situated on the Armenian-occupied territories. In contrast, the continuous shelling, by the Armenian side, of Ganja, the second largest city in Azerbaijan, and completely outside of the territory of military operations, has resulted in civilian deaths, including small children. The deliberate targeting of the civilian population is a very clear statement of absolute unwillingness to resolve the issue peacefully.

“I saw the destroyed houses in Ganja, the killed and the wounded. I offer my deepest condolences to the families of the victims and everyone whose heart aches for the affected people. I want to say this to the Azerbaijani people. Remember that these things are committed by criminals who have specific names and surnames. The vast majority of Armenians are incapable of pressing the button, knowing that it will kill children, women, old people and, indeed, peaceful people sleeping in their homes. Do not transfer your pain and thirst for retribution to the entire Armenian people. On the other side, these are the same ordinary people you remember from Baku in Soviet times, simply deceived by propaganda.”

When asked if there is any hope for reconciliation between the nations, we both thought of the same answer: “It seems to me that, today, it is impossible. However, sooner or later, time will put everything in its place. Today, it is necessary for Armenia to return Azerbaijani lands and to deal with their own problems, such as construction and education. Seeking reconciliation today would mean looking in an open wound. I think the best way would be not to communicate for some time after the end of the war. Just be silent for a while.”

I will be turning 30 next year, exactly the amount of time it took politicians to seek a peaceful solution to this conflict… and fail. We are the generation of Azerbaijanis that remember growing up and looking at the map of Azerbaijan, where part of its ‘wing’ was coloured in black – the 20% of the occupied homeland that we’ve never seen, and a list of seven regions, with dates when they were occupied. We learned those dates by heart and recited poems about those faraway regions. We taught ourselves how to live with an open wound.

But the dates on that list are now changing, and part of that ‘wing’ on the map is no longer black. We were not the generation that started this, but there is a hope that we’ll become the generation who will end it. Then the wound can finally start to heal.