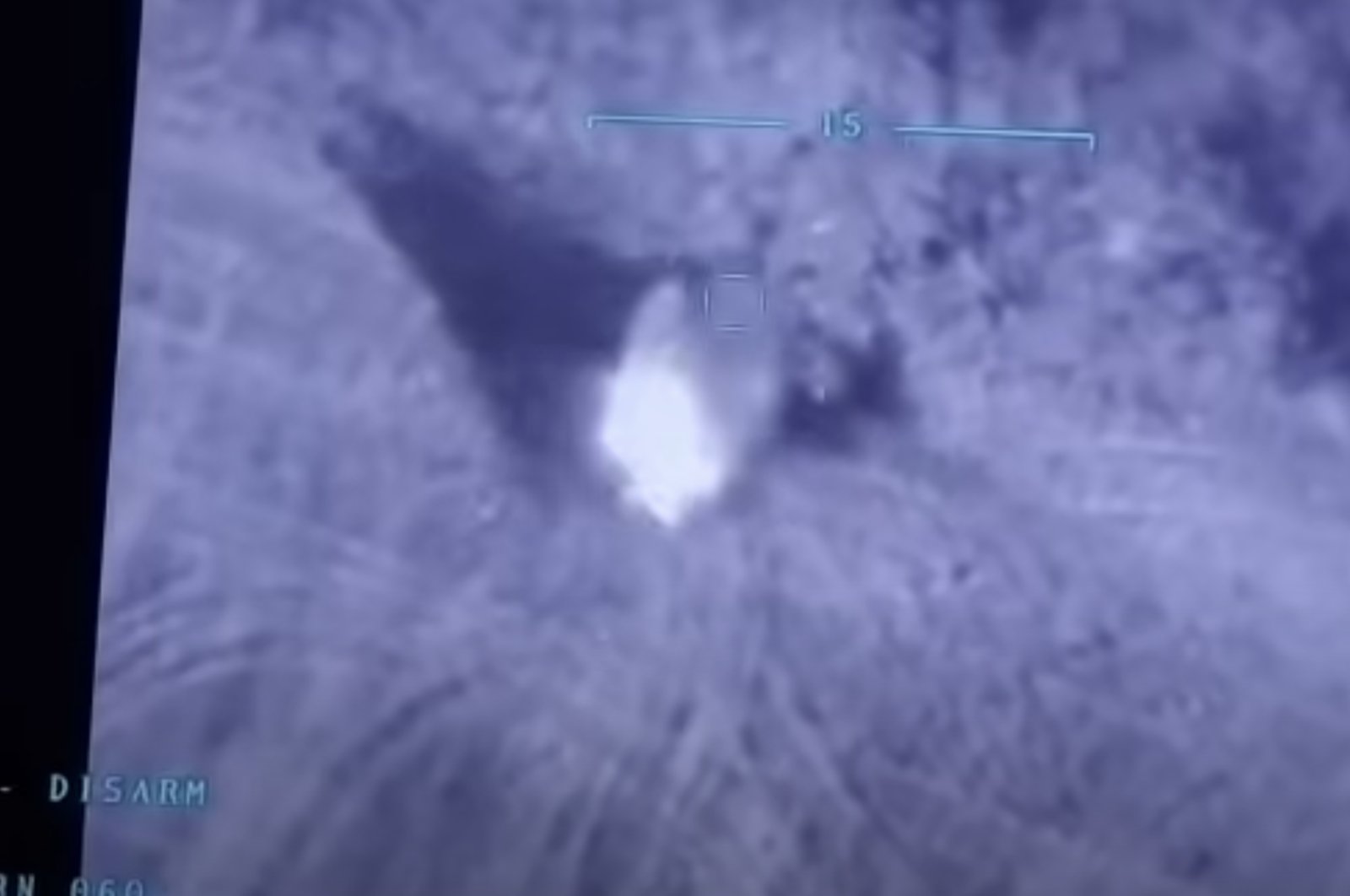 A Ukrainian army-owned Bayraktar TB2 can be seen destroying a Russian howitzer in Donbass in this screengrab obtained on Oct. 27, 2021.

The footage, showing a familiar scene from Syria and Azerbaijan, was this time shared by the Ukrainian Armed Forces on Tuesday.

It was the Bayraktar TB2 combat drone’s first-ever deployment by the Ukrainian army – which has quite a few of them in its inventory – to destroy a howitzer used by pro-Russian separatists in Donbass.

The Bayraktar TB2 was used for the first time to force the separatists to abide by a cease-fire, the armed forces said in a Facebook statement.

One Ukrainian soldier was killed and two others were wounded by the howitzers, the statement said.

The Kremlin said Wednesday that its fears about Turkey’s decision to sell strike drones to Ukraine were being realized and that the Turkish drones risked destabilizing the situation in eastern Ukraine.

Russian forces annexed the Crimean Peninsula from Ukraine in February 2014, with President Vladimir Putin formally dividing the region into two separate federal subjects of the Russian Federation the following month.

Turkey and the U.S. as well as the U.N. General Assembly view the annexation as illegal.

Fighting between Ukrainian government forces and pro-Russian separatists in Donbass has seen more than 13,000 people killed since 2014, according to the U.N.

The region is one of several sources of friction between Russia and Ukraine.

Ukrainian army, both the land forces and the navy have Bayraktar TB2s – manufactured by Baykar – in its inventory.

The Bayraktar TB2 has been sold to countries including Ukraine, Qatar, Azerbaijan and Poland. In May, Poland became the first European Union and NATO member state to acquire drones from Turkey.

Saudi Arabia is also said to have been interested in buying Turkish drones. Latvia also hinted that it could be the second European Union and NATO member state to acquire the Turkish UCAVs. Albania and Kyrgyzstan have also shown interest in striking a deal to procure Bayraktar TB2s.

This article originally appeared in DAILY SABAH on 27 Oct 2021.