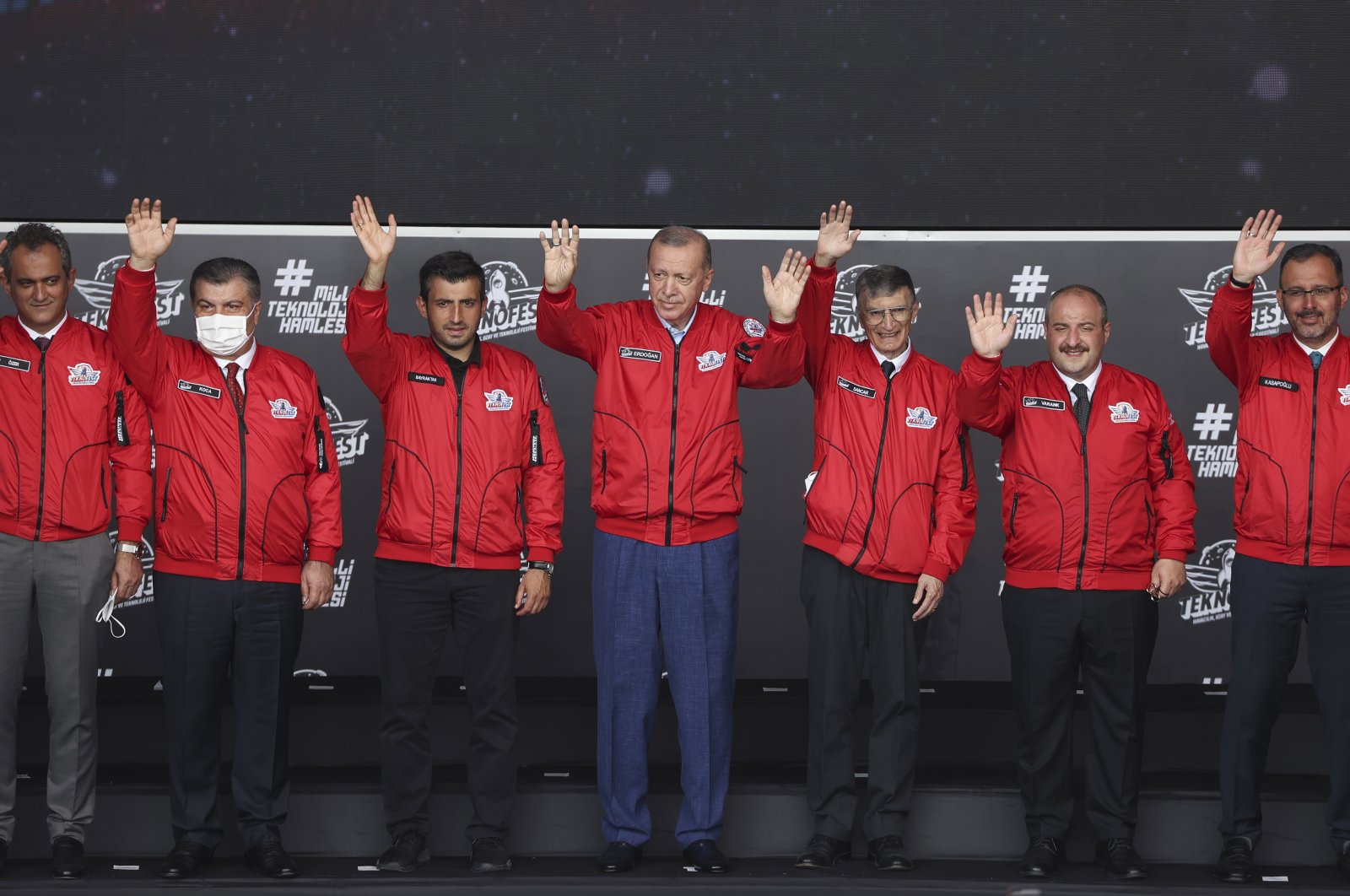 Visiting Teknofest, Erdoğan also addressed hundreds of attendees, who all came to see the event.

“All the projects that are exhibited here are products of teamwork including schools, teachers and families. Besides the efforts of our young people, it is also thanks to Turkey’s richness and potential,” he said.

“Here we can see successful scientists, engineers, technicians, researchers and those working in the field of space, who will guide Turkey’s future. Today’s young inventors of Teknofest, I hope, will be the architects of Turkey in 2053 and 2071,” he added.

“Starting next year, we will make Teknofest an international brand. We will also organize Teknofest in friendly and allied countries, starting with Azerbaijan,” he said.

This year’s Teknofest kicked off this past Tuesday with a dazzling coordinated performance by the Turkish and Azerbaijani air forces over Istanbul’s Bosporus.The six-day annual exhibition on the commercialization of patents, inventions and new products at Istanbul’s Ataturk Airport will wrap up on Sunday.

Last year, the event was organized virtually in southeastern Gaziantep province due to coronavirus restrictions.

Anadolu Agency (AA) has been the event’s global communication partner since 2018.

This article originally appeared in DAILY SABAH on 25 Sep 2021.