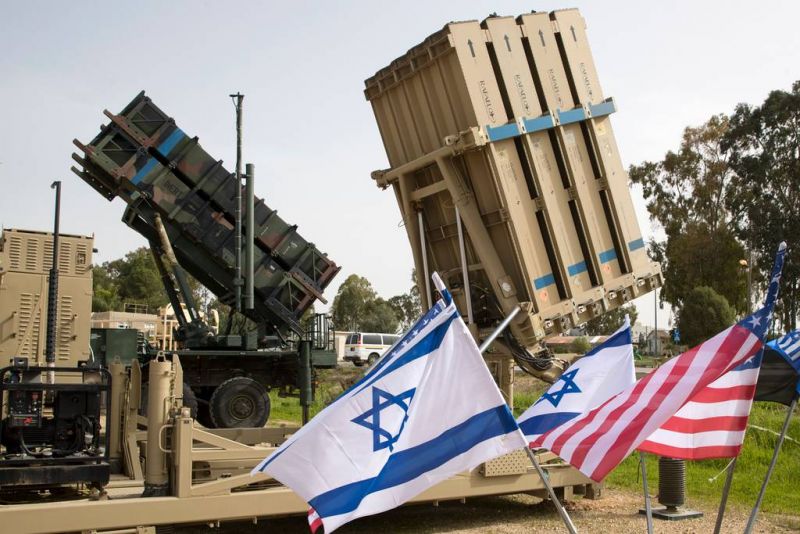 Iran, which is one step away from a nuclear bomb, threatens Azerbaijan

According to Azerbaijan in Focus, reporting Turan News, citing Reuters, the American representative said that Khulata will be told that the administration of President Joe Biden is still committed to a diplomatic solution to the Iranian nuclear problem, but, if necessary, will be ready to use other options to prevent Iran from acquiring nuclear weapons.

“We, of course, still intend to pursue the diplomatic path. But if that does not work, then there are other paths, and we are fully committed to ensuring that Iran never develops nuclear weapons,” Reuters quoted a senior official of Biden’s administration explaining whether other ways provide for the possibility of using military force against Iran.

The same source, speaking on condition of anonymity, told reporters that Iran had made progress in its nuclear development, and now it is only a few months away from achieving a breakthrough in this area – getting enough enriched uranium to make a nuclear bomb.

Perhaps this circumstance that reveals the curtain of the scene behind the scenes of which a military-diplomatic “war” unfolded between Iran and the Republic of Azerbaijan (AR), the reason for which many experts call the blocking of Iranian trucks on the Goris-Kafan highway by the AR military going to Armenia and the Armenian-populated part of Karabakh …

Iran, which has resumed negotiations with the Europeans and the United States on a nuclear deal since spring of this year, is delaying the achievement of an acceptable result, putting forward various preconditions, including the unblocking of 10 billion frozen in the accounts of the United States. On September 27, the International Atomic Energy Agency (IAEA) announced that Iran is not complying with the terms of the agreement on the monitoring of nuclear facilities.

It follows from Reuters’ information that Tehran is one step away from the atomic bomb, and the understanding by the mullahs that Washington and Tel Aviv may resort to preventive military measures greatly strains the regime in Iran.

In past years, Israel has taken such measures as, for example, the launching of missile strikes on targets in Iranian Natanz, as well as the elimination of pro-Iranian facilities in Syria and Iraq, the removal by the United States of Iran’s military leaders on January 3: the head of the IRGC Quds Force, General Qasem Suleimani and Abu Mahdi al-Muhandis, deputy chief of the Iraqi Hashd al-Shaabi group, in Iraq in January 2020. All these actions remained without a military response. The Iranian side limited itself to threats of retaliation actions, including against Azerbaijan. The same Abu Mahdi al-Muhandis in September 2019 directly accused Azerbaijan of the fact that its territory was used for Israeli drone air strikes against military pro-Iranian targets in Iraq. Muhandis promised retribution to Israel, which indirectly meant a threat to Azerbaijan.

Bringing  troops to the borders of Azerbaijan, statements, albeit florid in Persian: with a set of statements of blackmail and at the same time in recognition of fraternal friendship towards Baku, in fact are a warning for Washington and Tel Aviv about their readiness to strike at economic and other transnational objects in the territory of Azerbaijan, if air strikes are carried out from the territory of the northern neighbor.

Against the background of belligerent rhetoric on both sides of the Araz River dividing Iran and Azerbaijan, President Ilham Aliyev’s confident tone may indicate that Azerbaijan has received high guarantees of the country’s security from possible air and even ground attacks by Iran. And signals on this score come from both the Americans and the Israelis. The stakes are very high. Azerbaijan, like other countries, including Russia, that are not interested in turning Iran into a nuclear power, have nowhere to retreat.

In August 2019, the Russian Nezavisimaya Gazeta reported that Israel is striking the positions of Shiite paramilitaries in Iraq with the permission of Russia and the United States. Asharq Al-Awsat was told this by a Western diplomatic source.

He acknowledged that it was the forces of the Jewish state that were behind the frequent explosions at military facilities, but due to agreements with Moscow and Washington, the Israelis could not openly talk about the involvement of the campaign. Experts admit that Russia really could have given the green light to strikes.