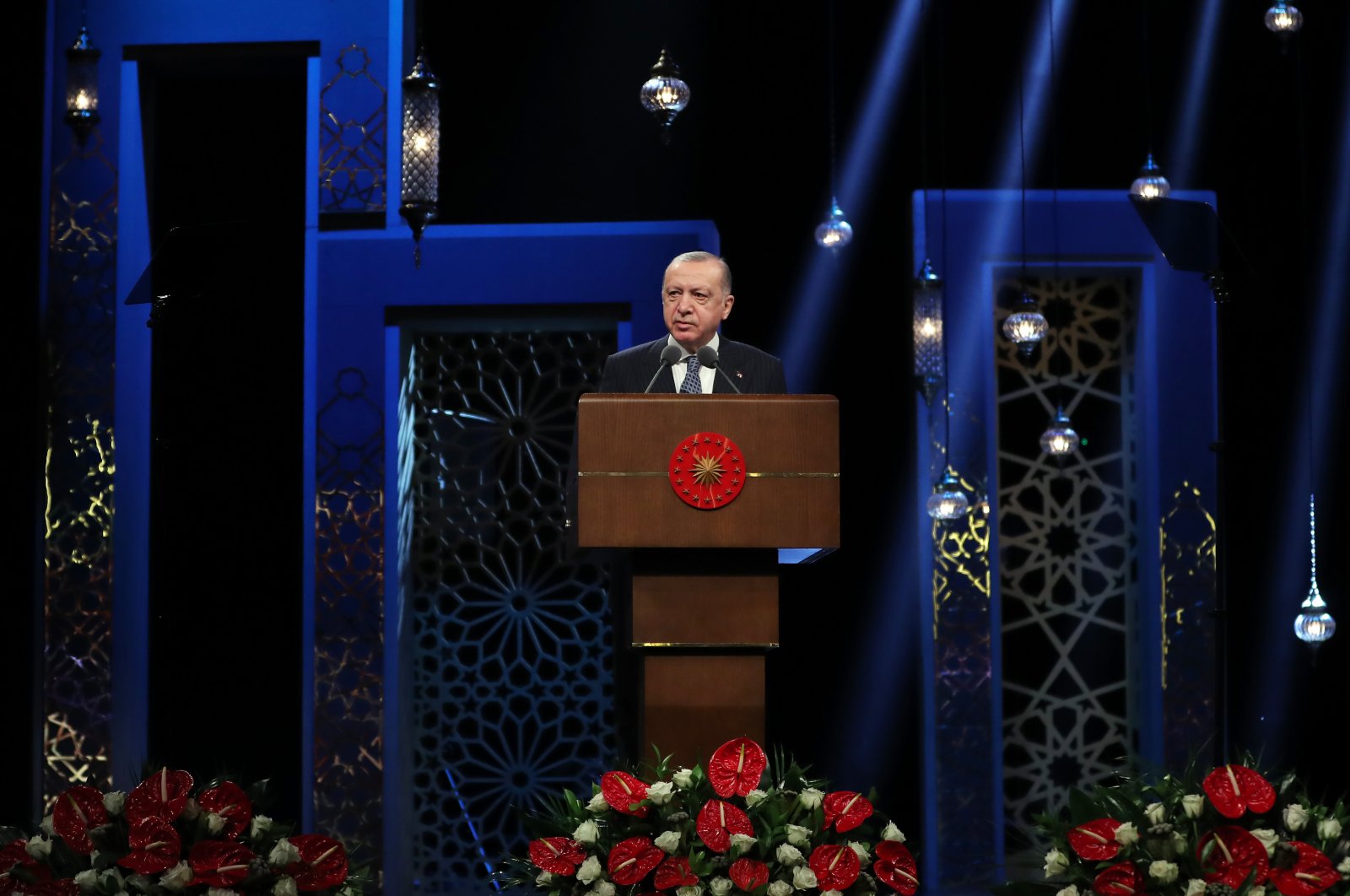 President Recep Tayyip Erdoğan said in a statement late Wednesday that the “Islamophobia virus” is spreading in Europe.

“The Islamophobia virus, as dangerous as the coronavirus, is spreading rapidly, especially in European countries,” he said.

The president also underlined the tens of millions of Turks living in Europe who are in constant danger of falling victim to hate crimes.

“Europe, where 35 million Muslims live today, including 6 million Turks, is increasingly turning into an open-air prison for our brothers and sisters,” he said.

“The current situation, which has become so grim, poses a serious threat to the security of Muslims living in Europe.”

Erdoğan has blasted the West numerous times over its inaction in the face of rising Islamophobia.

“Muslims are being put under pressure with projects such as European Islam, French Islam, Austrian Islam,” Erdoğan previously said.

The president noted that attacks on Muslims’ sacred values have been disregarded by Western governments under the pretext of freedom of expression.

Erdoğan added that Turkish institutions should take action to solve the issues related to Muslims and Turks in these countries.

Some European countries, particularly France, have embraced a hostile stance against Muslims in recent years.

In January, a special commission in the French National Assembly approved the “charter of republican values” of Islam that was introduced last year by President Emmanuel Macron as part of the fight against “separatism.”

France also engaged in a bitter feud with Muslim countries last year, including Turkey, over the statements and policies made by top French officials following the republication of offensive caricatures of the Prophet Muhammad. Muslims across the world denounced satirical French magazine Charlie Hebdo’s decision to republish cartoons, citing disrespect toward Muslims and the Prophet Muhammad.

Austria tried to impose a similar bill; however, the government revised the controversial “anti-terror” law, using the phrase “religiously motivated extremism” instead of “political Islam,” after negative reactions from the public.

This article originally appeared in DAILY SABAH on 12 May 2021.