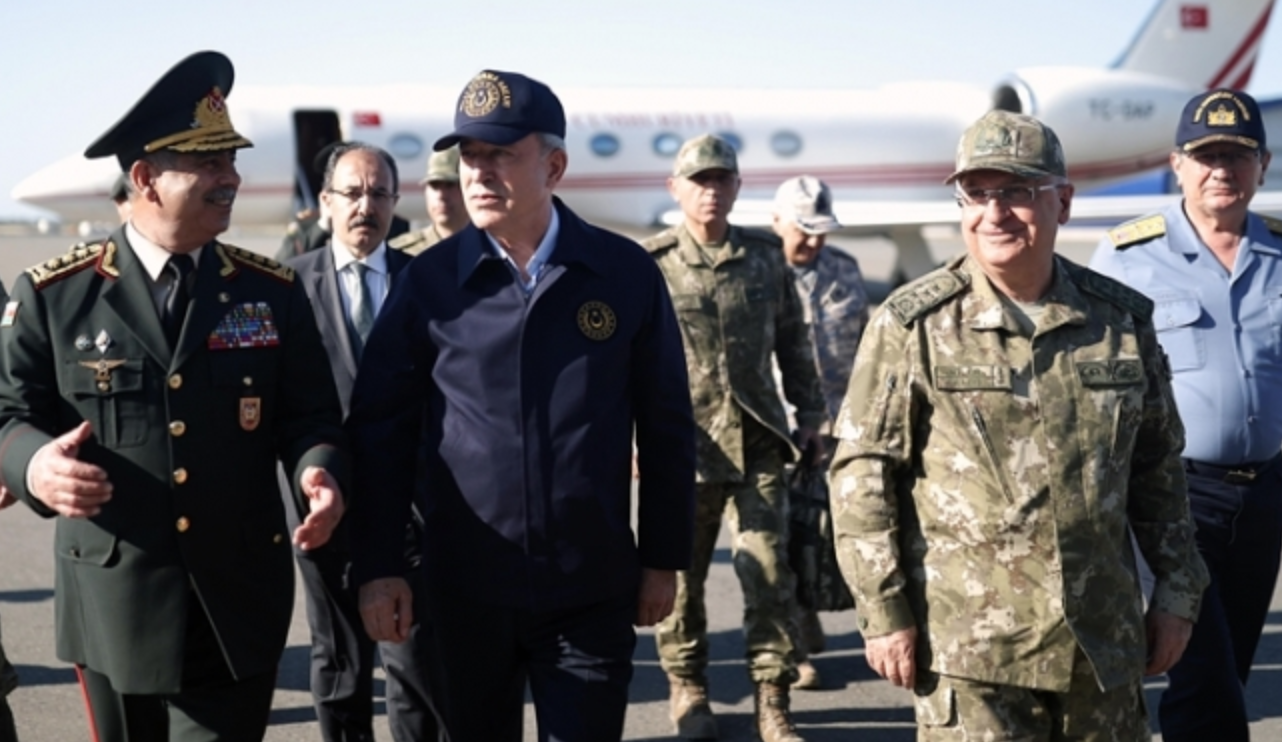 Israel and Turkey demonstrate alliance with Azerbaijan, as they did two years ago

At the beginning of the week, we observed an emergency landing of delegations from the Israeli and Turkish defense ministries in Baku one after another. The Israeli Defense Ministry called the visit of its chief Benny Gantz a new step in strengthening the strategic partnership with Azerbaijan, according to Azerbaijan in Focus, reporting Turan News.

Turkish Defense Minister Hulusi Akar, in his statement addressed to Armenia, defiantly emphasized full support for Azerbaijan at a time when new tensions arose between Baku and Yerevan after the clashes on the border on September 13-14, which culminated in the establishment of control of the Azerbaijani army over strategic heights in the area of ​​the non-delimited border.

“Armenia must stop provocations. Within the framework of the agreements reached with Azerbaijan, Yerevan must focus on peaceful negotiations and cooperation, shake the hand extended with peaceful intentions more firmly,” Akar said.

Israel and Turkey, which had allied relations for many years, interrupted in 2010 after the incident with the “Freedom Flotilla”, have recently begun to rapidly converge at a time when Russia, stuck in Ukraine, has weakened its influence in Syria, and the Iranian clerical regime has begun to crack at the seams under the pressure of female resistance.

Israel and Turkey played an important role in the fall of 2020 in the victory of Azerbaijan over Armenia, which occupied significant territories of its neighbor for 28 years.

The visits came at a time when Azerbaijan began to feel pressure from a number of Western circles accusing Baku of occupying the territory of Armenia. In Azerbaijan, such an assessment is regarded as a consequence of the policy of double standards, rightly pointing out that the same circles did not call  “occupied” the regions of Azerbaijan occupied by Armenia in 1992-94.

Immediately after the visits of the defense ministers, EU High Commissioner for International Affairs Joseph Borrell said in response to calls from pro-Armenian radicals that the EU was not going to send troops to the Armenian-Azerbaijani border and did not plan to impose sanctions against Baku. On the contrary, at the initiative of the President of France, on October 6-7, a meeting of the heads of Azerbaijan and Armenia is taking place in Prague.

Aliyev and Pashinyan, in the context of what is happening, began to focus on a peaceful solution to the bilateral problem, but these notes are still accompanied by statements of determining if a compromise is not reached.

However, one should take into account that both visits also came at a time when the crisis in Iran, caused by women’s anti-clerical protests, was at its peak. The events not having analogs since the 1979 Islamic Revolution could take a chaotic turn, which concerns Azerbaijan too, which is neighboring Iran with its multi-million Azerbaijani community.

Iran, a long-time ally of Armenia, made an ambiguous statement about the inadmissibility of changing borders after the September 12-13 incident, and now could not hide its concern about Gantz’s visit. On October 3, Chief of the General Staff of the Iranian Armed Forces Mohammad Hossein Bagheri held an urgent telephone conversation with Azerbaijani Defense Minister Zakir Hasanov regarding bilateral cooperation, proposing to hold joint border military exercises. But will they take place in light of the dramatic events in Iran?