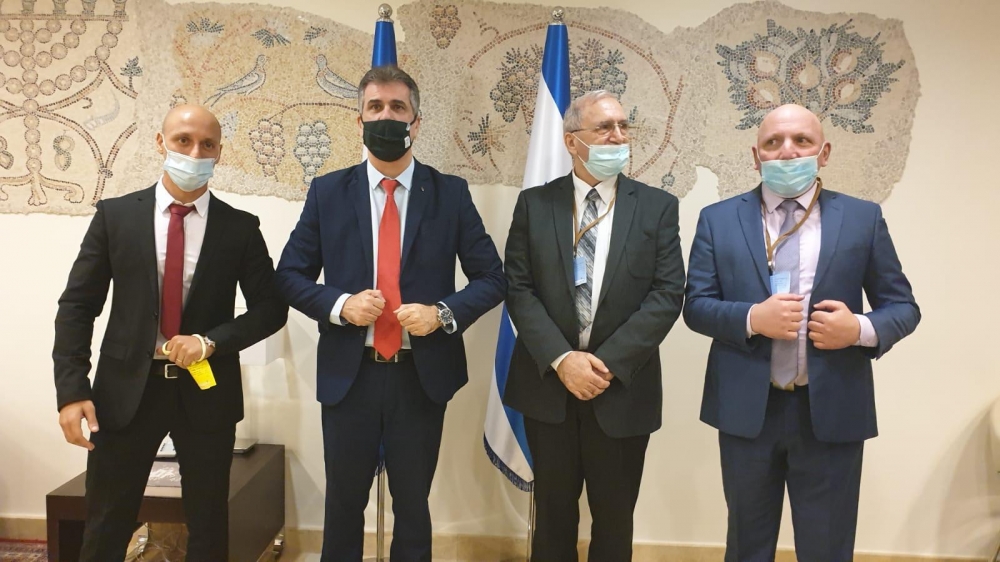 Israeli Defence and Security Minister: Azerbaijan Is Our Important Geopolitical And Geostrategic Partner

“Azerbaijan is our important geopolitical and geostrategic partner,” said Israeli Minister of Defence and Security Eli Cohen at a meeting in the Knesset with representatives of the Azerbaijani diaspora organization “Azerbaijan House in Israel”. The Israeli minister noted that the State of Israel supports and respects the territorial integrity of Azerbaijan, according to Azerbaijan in Focus, reporting AzerTac.

“Next year we will celebrate the 30th anniversary of our inter-governmental relations. During these successful years of diplomatic relations between Azerbaijan and Israel, the great importance of strategic relations between the Jewish state and the multicultural state with Muslim population has been proved. Our friendly states cooperate as real and reliable strategic partners, and we have always stood side by side and shoulder to shoulder next to each other. No other country in Eurasia enjoy as close and sincere relations with Israel as Azerbaijan.”

Minister Cohen thanked the Azerbaijani diaspora for the meeting and said that despite the fact that official Baku has not yet opened a diplomatic mission in Israel, the Azerbaijani government regularly sends official delegations to Israel and, in turn, receives more Israeli guests in Baku. The Israeli minister said: “Despite the pandemic, a significant fact is that the expansion of economic ties with Israel, the purchase of Azerbaijani oil and Israeli investment in Azerbaijan’s economy and agriculture continue.” Minister Cohen also hailed the fact that the two countries are promoting educational, humanitarian and cultural projects.

“It should be noted that tolerance and multiculturalism are the foundations of Azerbaijani society. Azerbaijan has always demonstrated that the coexistence of different nations and religions is possible, and any problem can be resolved without the use of force or conflict. It should be noted that President Ilham Aliyev has earned the respect of the vast majority of Israeli society and the Jewish community in the world due to his commitment to the secular state, multiculturalism and tolerance, his sincere attitude to all religions, nations and peoples living in Azerbaijan,” added Eli Cohen.