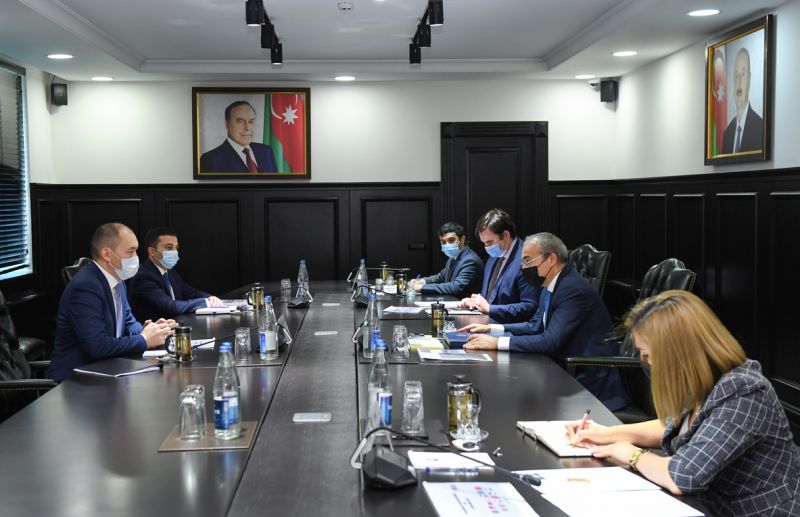 Azerbaijan attaches great importance to cooperation within the framework of international and regional transport projects. Minister of Economy Mikail Jabbarov said this in Baku on June 8 at a meeting with Aset Asavbayev, Secretary-General of the Permanent Secretariat of the TRACECA Intergovernmental Commission, according to Azerbaijan in Focus, reporting Turan News.

Emphasizing the importance of the partnership within the framework of TRACECA (transport corridor Europe-Caucasus-Asia), the Minister of Economy noted that implementation of transport capabilities of the participating countries has further increased transit and logistics attractiveness of the region, promoted the development of multimodal transport, intensified economic, trade and cultural ties, and strengthened the economic potential.

The meeting discussed issues of improving the competitiveness and efficiency of the international transport corridor TRACECA, the efficiency of transportation through the use of digitalization to expand its coverage area, the press service of the Ministry of Economy reports.

According to the State Statistics Committee of Azerbaijan, in the first quarter of this year, 2 million 393.900 tons of transit cargo were transported through the Azerbaijani section of TRACECA, which is up 8.7% from 2020.