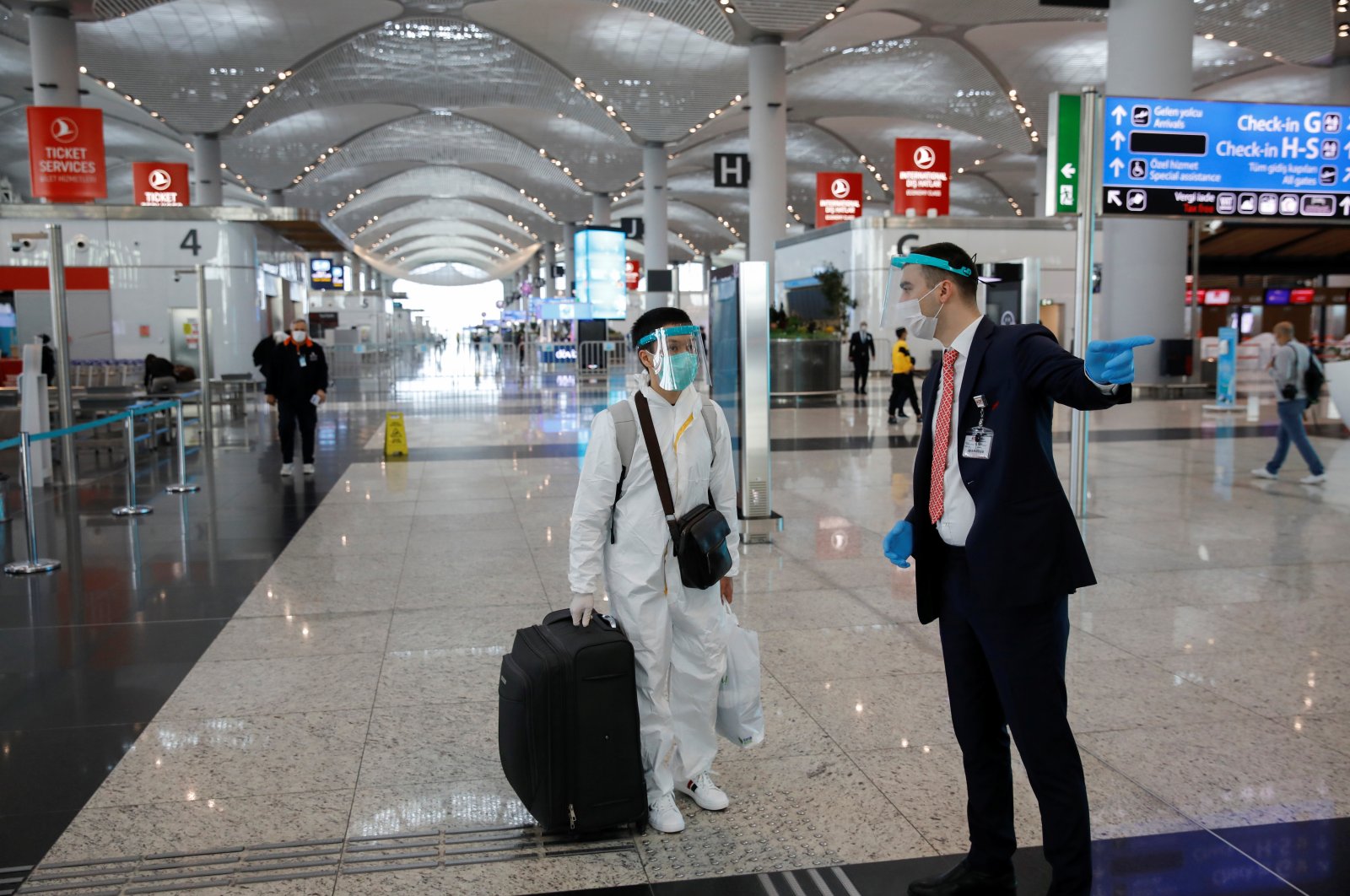 An employee helps a passenger wearing a protective suit at the Istanbul Airport during the first day of resumed domestic flights, which had been halted since March 26 amid the spread of the coronavirus disease (COVID-19), in Istanbul, June 1, 2020. (Reuters Photo)

Istanbul Airport became the busiest airport in Europe in terms of passenger numbers in 2020, a Bloomberg report showed late Monday.

Heathrow Airport, formerly the busiest in Europe, later said in a statement that passenger numbers slumped 73% during 2020 as COVID-19 restrictions wiped out travel.

The airport said that its annual cargo volumes also fell 28% as fewer passenger planes meant there was less space available for goods.

For December, Heathrow said that passenger numbers plunged 83% as the new strain of COVID-19 led to countries restricting travelers from Britain and millions of passengers were forced to cancel plans. 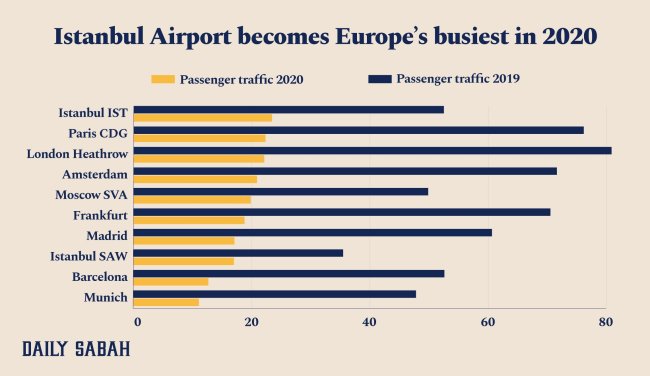 The number of passengers traveling through Turkish airports, including transit passengers, reached 81.7 million in 2020, the country’s airport authority previously announced.

Istanbul Airport was naturally the busiest airport in Turkey too, welcoming 23.4 million passengers and serving some 185,642 planes last year.

The total number of passengers fell by 61% compared to the previous year due to the pandemic, which triggered global travel restrictions, border shutdowns and an overall decline in consumer demand, the General Directorate of State Airports Authority (DHMI) said.

Domestic passenger numbers shrank 50.3% year-on-year to 49.7 million in 2020, while 32 million passengers took international flights, down 71% in the same period.

Turkish airports hosted over 1 million planes including overflights last year, down from 2.03 million in 2019.

This article originally appeared in DAILY SABAH on 18 Jan 2021.