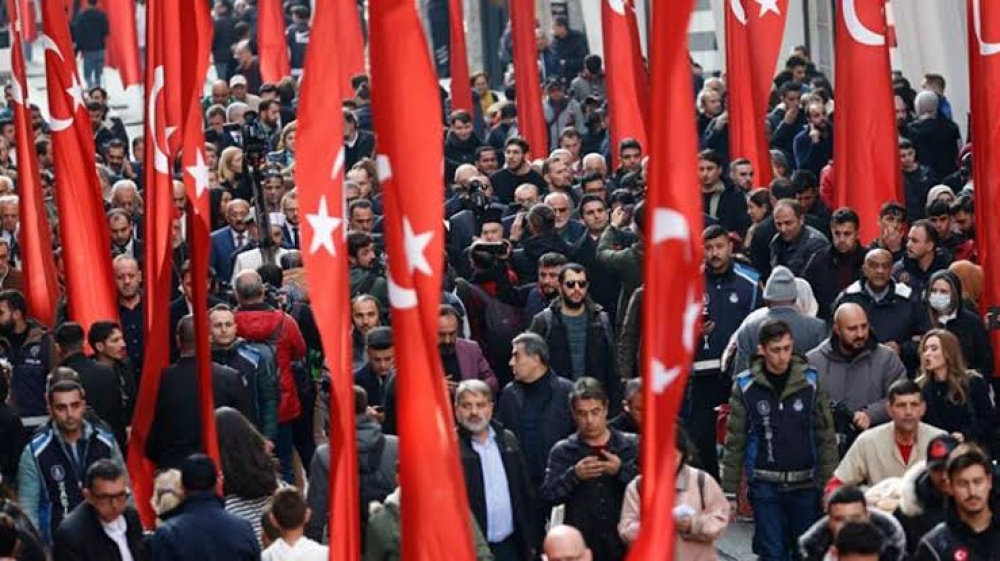 Participants expressed solidarity and extended their condolences to the Turkish nation, and left carnations at the scene of the bombing carried out by the PKK/YPG terrorist group.

The unity and solidarity march brought together diplomats from several countries, representatives of different religions and NGOs, as well as tradesmen who took part in the procession from Galatasaray Square to the site of the terror attack.

The crowd was led by Haydar Ali Yildiz, the mayor of the Beyoglu district, where the bombing took place.

“No one can destroy our brotherhood and unity,” Yildiz said. “Beyoglu district has been the center of different civilizations, ethnicities, languages and religions over the past many centuries.”

“Albania stands by the friendly people of Türkiye. Our hearts and prayers are for the families of the victims. May Allah have mercy on them. I also wish a speedy recovery to the injured.”

Consul General of Kosovo Suzan Novobrdalija prayed for the souls of the victims and wished quick recovery to the wounded.

“May God prevent us from seeing such a heinous terror attack again,” she said.

“Today in our motherland, Türkiye, we are here to share the grief … it was a really heart-wrenching terror attack. I pray for the souls of the martyred and hope we do not see such an attack again.”

Consul General of Azerbaijan Narmina Mustafayeva, for her part, said:

“Azerbaijan is standing by and sharing the grief of Türkiye. Terror is not something humanity deserves, and we are aware that it is a heart-wrenching situation, but we will overcome these days and stand together in brotherhood and in solidarity,” she said.

“We feel your pain. Today we are with the people of Türkiye. As Ukrainian President Volodymyr Zelenskyy says, the pain of Turkish people is our pain,” he added. 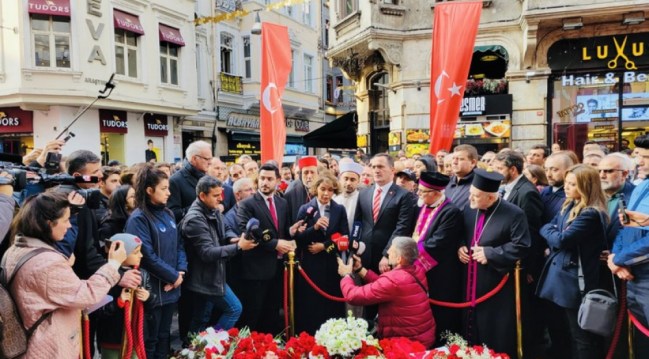