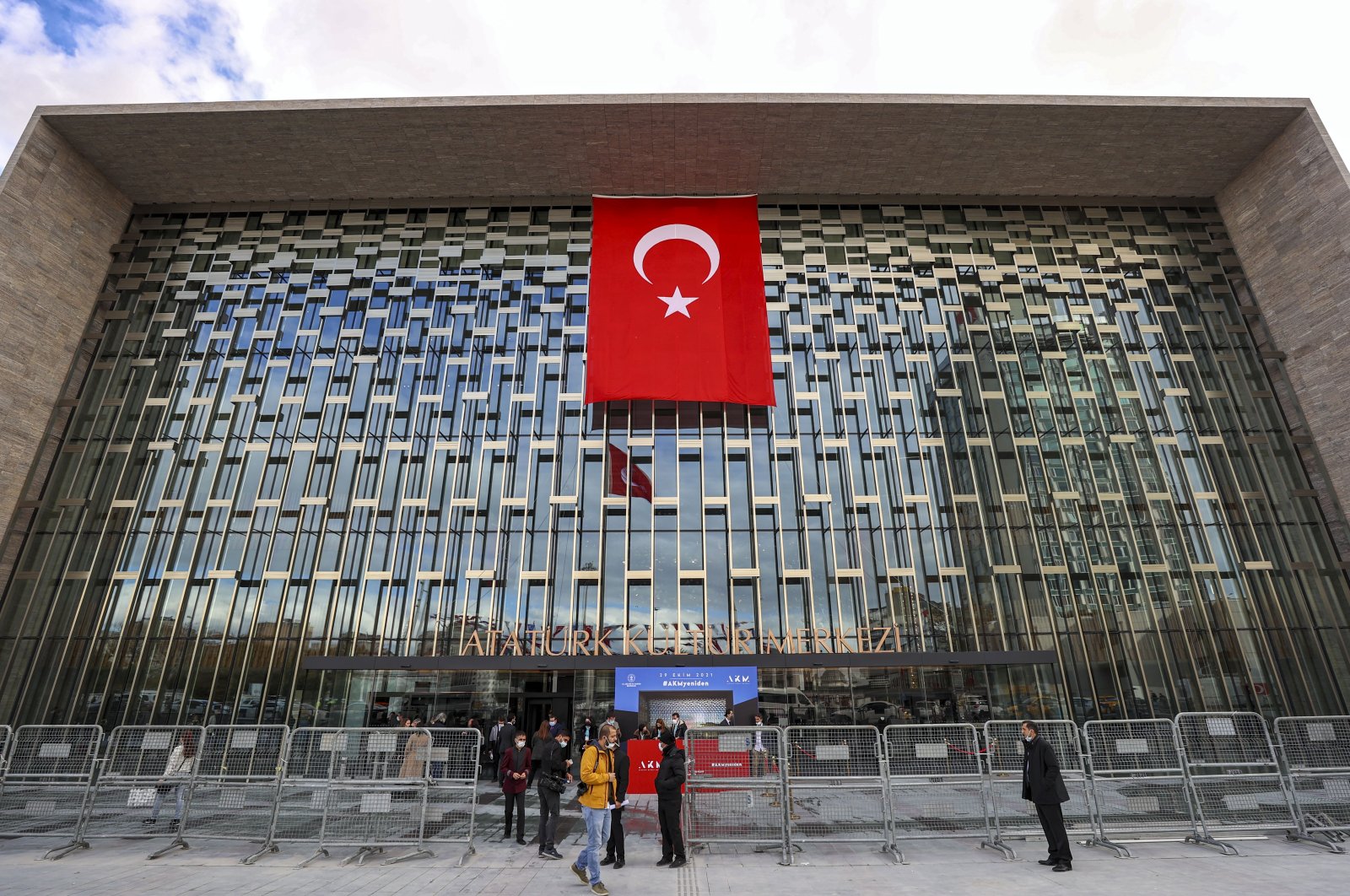 The Atatürk Cultural Center (AKM) reopened its doors to the public late Friday after two years of reconstruction work as President Recep Tayyip Erdoğan formally inaugurated the center on the 98th anniversary of the foundation of the Republic of Turkey.

“We are striving to repay our debt to the founders of our republic by setting out our 2023 goals and working day and night to achieve them,” he said.

“We will not allow any obstacle, trap, or attack to prevent us from achieving the goals we have set for the 100th anniversary of our Republic,” he added.

All art and cultural activities at the center will contribute to a great and powerful Turkey, the president said.

“The Ataturk Cultural Center will remain standing for centuries as the place where the pulse of culture and art beats in our country,” he said.

“The capacity of the hall we’re in right now is 2,000 people,” Erdoğan also added.

“We have constructed a monumental cultural center at the heart of Istanbul.”

Erdoğan praised the Sinan Opera, which was specially composed for the inauguration, about famed Ottoman architect Mimar Sinan whose ingenious works dot the territory of the former empire, particularly in Istanbul.

Replacing an older building, the venue in Istanbul is a new landmark for the city, which is the heart of the country’s cultural scene.

Friday was specifically chosen for the reopening as it is the 98th anniversary of the Republic of Turkey. The center, bearing the name of the republic’s founder, is located at Taksim Square, one of the most famous locations of the country’s most populated city.

Before its demolition in 2018, the center mainly served as an opera house. The new building, whose construction started in 2019, boasts a new 2,500-seat opera house along with a cinema, libraries, cafes and restaurants. 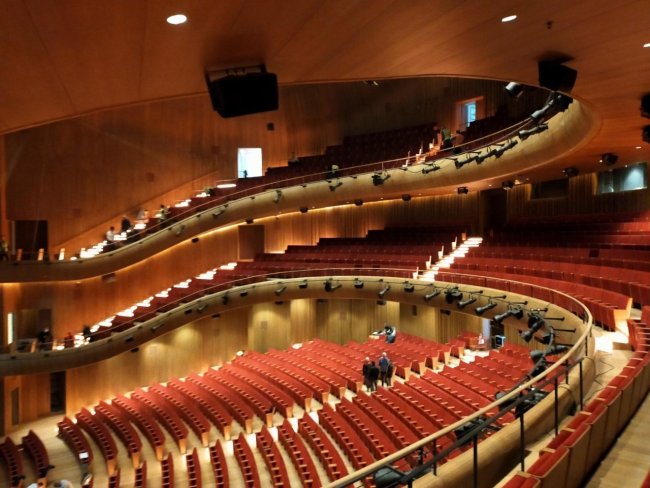 Situated in one of the busiest locations in the city, it towers over Gezi Park and an adjacent square with its splendid glass facade. Though it resembles its former self – designed by the father of its architect Murat Tabanlıoğlu – the building boasts new spectacular features, including a spherical auditorium tinted with dark red colors and made up of thousands of handmade ceramic tiles. The center was originally built in 1969 but was damaged by a fire the next year. Seven years later, it was reopened after renovations. For decades, it hosted cultural and arts events before falling into disrepair in 2008.

The new building covers an enclosed space of 96,000 square meters (1.03 million square feet) and consists of five blocks. The total cost of the project was about $208 million (TL 2 billion). 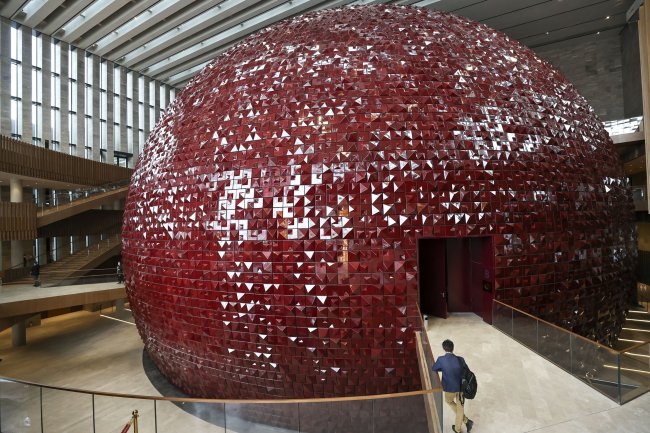 An external view of a spherical auditorium inside the center, in Istanbul, Turkey, Oct. 28, 2021. (AA PHOTO)

Speaking to reporters Thursday as he guided a tour of the new building, Culture and Tourism Minister Mehmet Nuri Ersoy said that the reconstruction was a necessity for the building, which faced serious structural problems. “We inherited a legacy and wanted to carry it to the future,” he said.

Although the splendid opera house is the highlight of the building, the center will serve as a cultural hub, Ersoy said, noting the new additions from libraries to exhibition halls, as well as a 100-seat cinema and an arts center for children. A 480-square-meter multipurpose hall will also host exhibitions, concerts and conferences at the center.

The ministry’s Istanbul branches of a theater company, opera and ballet company, choirs and symphony orchestras will also have offices and workshops inside the center. “Sinan,” an opera about the eponymous Ottoman architect, will be the first work to be performed at the center. Famous tenor Murat Karahan, who also serves as head of the General Directorate of the State Opera and Ballet, told Anadolu Agency (AA) Thursday that they were excited to have a new opera house, “which can be among the top 10 opera houses in the world.”

“We will be reunited with a center that is a beauty with its acoustic structure and technological infrastructure and capacity. As members of the State Opera and Ballet, an institution that will use this center the most, we are very excited and cannot wait to perform special works of both arts,” he said.

Karahan said that after “Sinan,” they would host Verdi’s “Aida” on Nov. 7 and Nov. 8 and a ballet performance of “Sleeping Beauty” on Nov. 11. “We will also host foreign artists here and spectacular productions,” Karahan added. He also said they were planning to invite “a reputed choreographer” of the Bolshoi Ballet for a production of the “Swan Lake” ballet.

This article originally appeared in DAILY SABAH on 29 Oct 2021.

Azerbaijan to create database of war veterans, families of martyrs