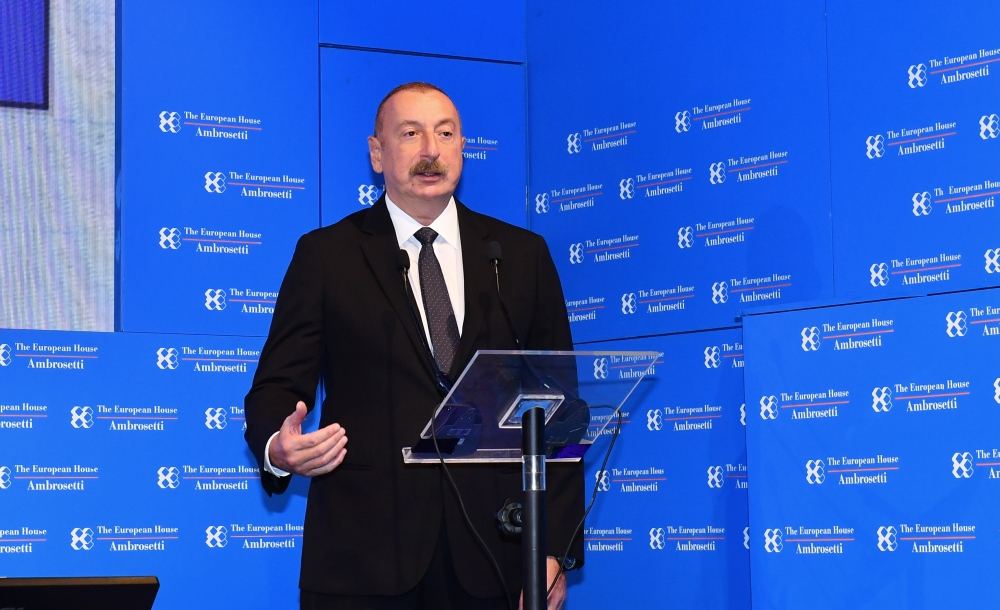 Azerbaijani President Ilham Aliyev’s participation at the International Cernobbio Forum as the main guest upon invitation of President of the Italian Republic Sergio Mattarella, President of the Council of Ministers of the Italian Republic Mario Draghi, and ‘European House – Ambrosetti’ think tank is yet another example of deep respect for Azerbaijan and its leader, noted political expert Elchin Mirzabayli, according to Azerbaijan in Focus, reporting Trend News.

“The Ambrosetti Forum, which was held every year since 1975, is among the most prestigious international economic platforms with the number of leaders from numerous countries, representatives of states and governments, Nobel Prize winners, as well as scientists and businessmen, participating in it. The recent reports delivered on different topics by various prominent politicians such as Recep Tayyip Erdogan, Shimon Peres, Joe Biden, George Schultz, Richard Cheney, José Barroso, Felipe González, Alain Juppé, Henry Kissinger, Silvio Berlusconi, Bill Gates, Jimmy Welsh, and others testify to the global significance of this platform. Moreover, topics of this year’s forum deserve special attention against the background of the global economic crisis and geo-economic cataclysms,” he said.

According to Mirzabayli, the discussions on “Intelligence on the World, Europe and Italy” and “Today’s and tomorrow’s scenario for competitive strategies” are aimed to predict a more secure future within the existing global realities.

He noted that while delivering a report on “The role of Azerbaijan for energy security” at the plenary session of the forum, President Ilham Aliyev didn’t only talk about the energy security of Europe, but also about the resolution of more global existing and expected problems in the energy sector.

“We are talking about the significance of the policy pursued by our country in this sector. In this regard, I would like to emphasize the energy dialogue between Azerbaijan and the EU and its coverage of all segments of the energy market. In my opinion, today’s Azerbaijan under the leadership of President Ilham Aliyev opens up multilateral prospects and defines new cooperation priorities that are capable of preventing all threats to the European and world’s energy security,” Mirzabayli stressed.