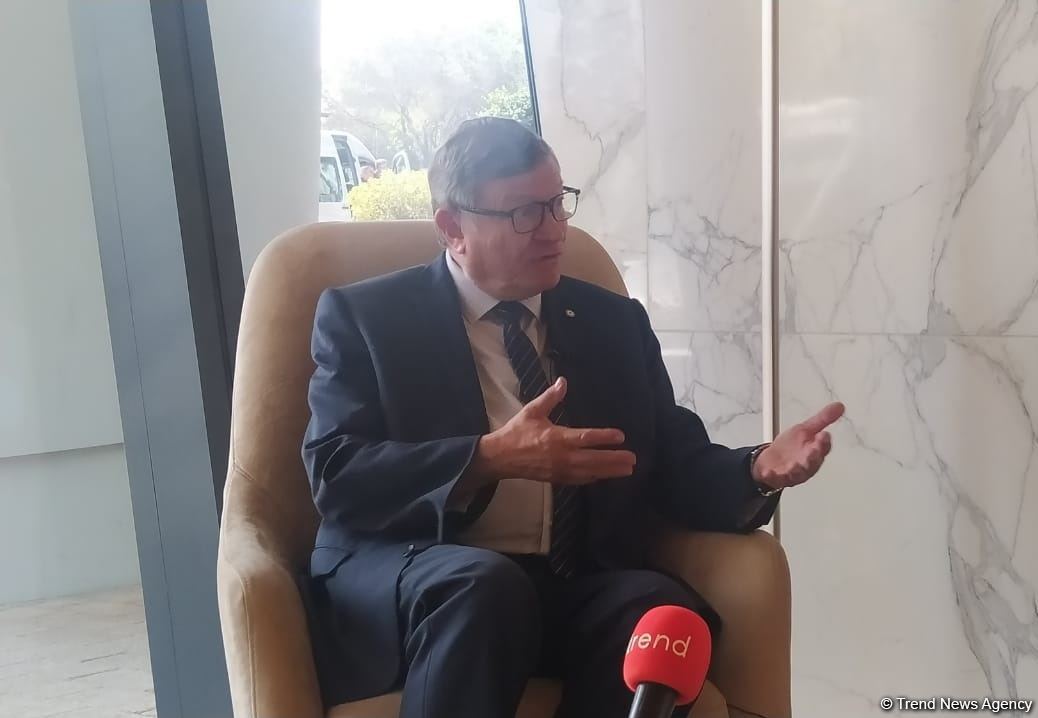 The sight of the destroyed historical heritage of Azerbaijan left a very painful impression, Deputy of the French National Assembly Jean-Luc Reitzer, who is on a visit to Azerbaijan, said in his interview, according to Azerbaijan in Focus, reporting Trend News and French lagazetteaz.fr.

According to him, the purpose of the visit is to maintain friendly relations between France and Azerbaijan.

“As you know, in particular, due to the fact that the members of the National Assembly, although not unanimously, but a significant part of them, voted for the proposal to recognise the fictional “Nagorno-Karabakh Republic”, difficult moments arose in our relations,” he said.

“I understand very well that this initiative of some French parliamentarians raised not only questions but also a number of misunderstandings. Therefore, on one hand, the goal is to show that Azerbaijan still has many friends in France, especially among parliamentarians. On the other hand, our goal was also to visit the liberated areas. We visited Fuzuli and witnessed what, unfortunately, the houses of Azerbaijanis living there were turned into during the occupation, which lasted for about thirty years,” said Reitzer.

Speaking about the importance of ensuring lasting peace in the region, the official said that the Minsk Group, of which France is a member, must finally do its job and achieve a balanced, fair and lasting peace.

“The UN Security Council resolutions were in favour of Azerbaijan. Thus, they recognised the sovereignty of Azerbaijan over these territories, first of all, over seven adjacent regions, and over Nagorno-Karabakh. Thus, the Minsk Group, of which France is a member, must finally do its job. We have enough tools in political, economic and cultural spheres to create bonds of trust between Azerbaijan, Armenia and the entire international community,” said Reitzer.

Speaking about the visit to the liberated territories, he highlighted the sight of the complete destruction of the historical heritage of the Azerbaijani people.

“Historic buildings, mosques, the former governor’s palace – we have witnessed the state of this heritage now. But there are also promising factors: the ceasefire reached in November, the launch of a number of projects. It is now the end of July and we have seen how much work has been done, in particular regarding the roads. During the visit, we drove kilometres of both restored and new roads,” Reitzer said.

“In addition, we got acquainted with the preparation of projects for the creation of new cities in the liberated territories, with plans, we saw that everything was thought out in great detail. If we have the opportunity to visit here again in the months or years ahead, I am sure we will see big changes. Here we experienced not only sadness about what we saw but also a sense of hope because we saw how Azerbaijan is moving into the future,” he said.

“During our last visit, we visited the cathedral in Baku, as well as a settlement with a Jewish majority, and once again made sure that Azerbaijan is a secular country that respects freedom of religion. We also visited the Armenian Church in Baku, where many historical documents are kept. I witnessed that the Armenian church in Baku was restored and all documents are preserved there,” said the MP.

“I would like to note the Heydar Aliyev Foundation, which has done a lot to restore the cultural heritage of France, including the Strasbourg Cathedral. Therefore, I know that Azerbaijan pays special attention to the issues of culture, historical heritage, its preservation and development,” Reitzer emphasised.

In his opinion, the partnership between France and Azerbaijan in the field of education should be a priority.

“You talked about peace, the establishment and maintenance of this peace. It is necessary to achieve this between Armenia and Azerbaijan through culture, including through youth. As you know, I come from the French region of Alsace. I know that Strasbourg and Baku universities are partners, exchange programs are being implemented between teachers. Within the framework of these exchange programs, French teachers previously came to Azerbaijan with some reluctance, because they did not know enough about Azerbaijan, but today there is strong competition between them to come to Baku and participate in these programs. So you can see how these peer-to-peer programs are affecting us to better understand and get to know each other,” said Reitzer.

He added that the cultural exchange between the two countries is an extremely joyful factor.

“Earlier I spoke about the work done by the Heydar Aliyev Foundation in France. As an example, I can mention the organisation of events on a regular basis. For 34 years I was the mayor of Altkirsh, which in 2016 became twinned with the city of Horadiz, which we also visited. I think it was an incredible success. Because people wanted to get better acquainted with the Azerbaijani culture. For this reason, we can say that cultural exchange is extremely important and needs to be supported and developed,” Reitzer said.