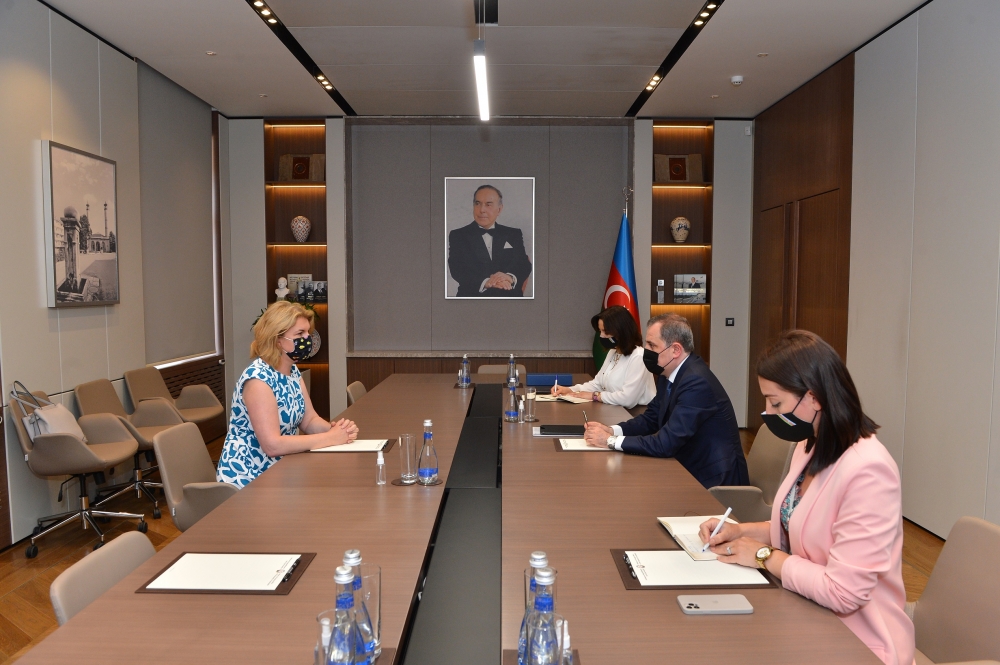 Azerbaijan attaches great importance to cooperation with the European Bank for Reconstruction and Development (EBRD), said Azerbaijan’s Foreign Minister Jeyhun Bayramov as he met with Head of the EBRD Representative Office in Azerbaijan Ivana Duarte.

Minister Jeyhun Bayramov emphasized successful development of existing relations between Azerbaijan and the EBRD. The Bank’s participation in financing important projects, including the Southern Gas Corridor project was highlighted. The FM praised the successful cooperation between the EBRD Representative Office in Azerbaijan and relevant ministries.

Speaking about the positive results of the activities of Bank’s Representative Office in Azerbaijan, Ivana Duarte especially stressed the cooperation in the field of renewable energy and sustainable development. It was noted that the participation of the Prime Minister of the Republic of Azerbaijan in the Eastern Partnership Investment Summit held at the EBRD Headquarters in London in 2019, as well as the signed agreements gave an important impetus to the expansion of cooperation.

FM Bayramov informed Ivana Duarte of the post-conflict situation in the region and opportunities for cooperation, especially spoke about the restoration and construction works in the liberated areas. He stressed the importance of cooperation with international partners, including the EBRD at this stage.

Minister Jeyhun Bayramov thanked Ivana Duarte for her successful activity in Azerbaijan and wished her success in future endeavors.

This article originally appeared in AZERTAC on 29 June 2021.