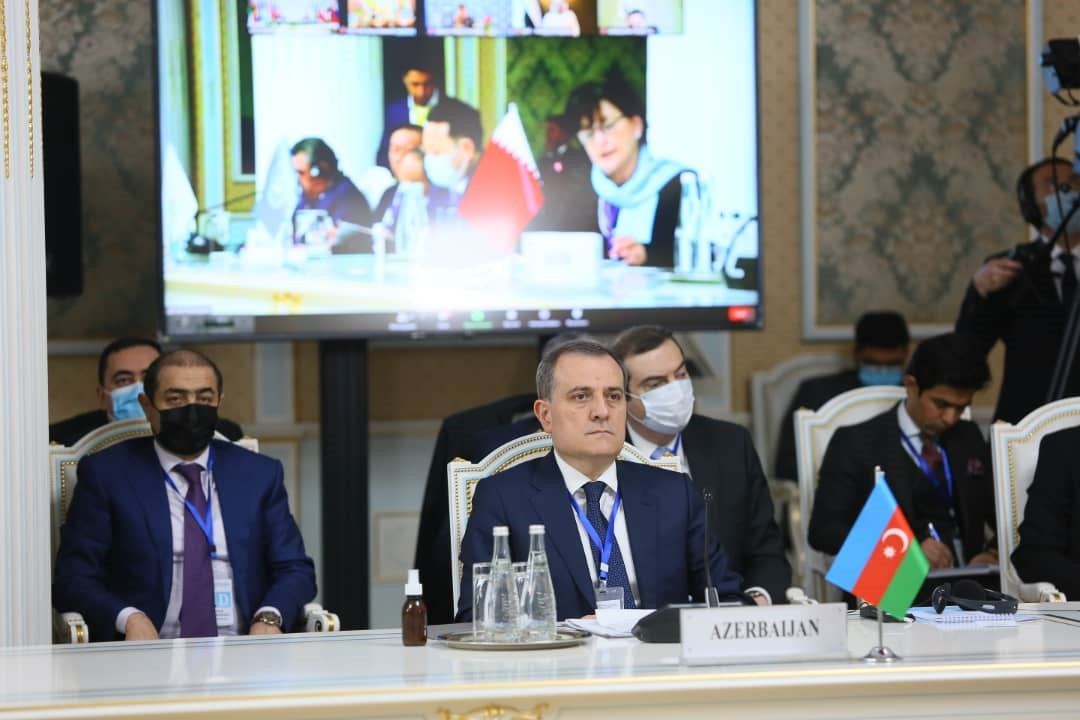 Bayramov made the remark during the 9th “Heart of Asia – Istanbul Process” ministerial conference in Tajikistan.

According to Bayramov, regional projects initiated by Azerbaijan, including the Baku-Tbilisi-Kars (BTK) railway, the new Baku International Sea Trade Port, a logistics center on the Caspian coast connecting the railway networks of Azerbaijan and Iran, represent a qualitatively new achievement in the development of multi-modular opportunities for trans-regional infrastructure along the East-West and North-South corridors.

The minister noted that these projects will facilitate Afghanistan’s entry into global markets and ensure the coordination of faster and more efficient management of cargo and container transport in the region.

“The Lapis-Lazuli route agreement between Afghanistan, Azerbaijan, Georgia, Turkey and Turkmenistan is an agreement on a major international trade and transport corridor that directly connects Afghanistan with Europe.
This is an important milestone in efforts to coordinate by building and improving infrastructure to expand Afghan trade across Eurasia. Azerbaijan is satisfied with its contribution as a party to the agreement in providing Afghanistan with a multilateral choice in transit and transport,” Bayramov added.