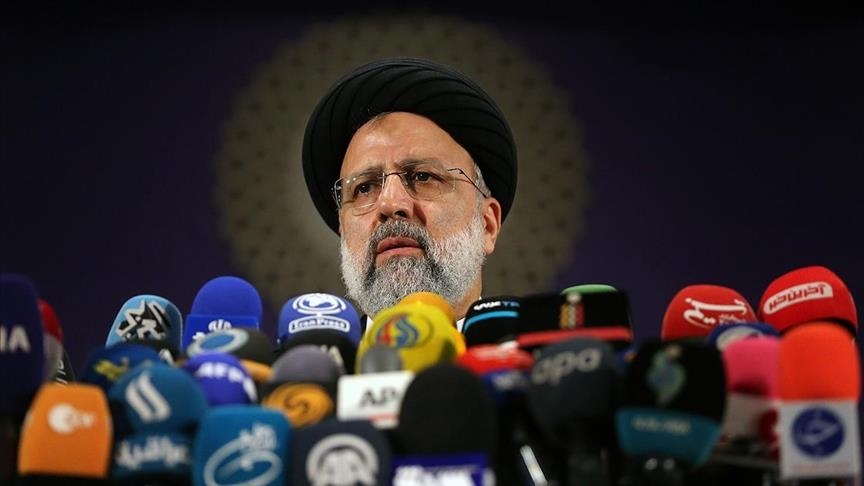 Earlier in the day, preliminary results showed that Raeisi was leading with 17.8 million votes, followed by Rezaei with 3.3 million, Hemmati with 2.4 million and Hashemi with 1 million votes.

Voter turnout, according to the Interior Ministry, was 48.8 percent, beating the previous record.

Fearing record low turnout, passionate calls had been made by both conservative and reformist politicians for maximum participation in Friday’s polls.

Raeisi’s campaign was boosted by the disqualification of senior reformist figures, including outgoing President Hassan Rouhani’s deputy Ishaq Jahangiri, as well as the growing discontent with the government.

Economic woes, including high inflation, fall in income, forex market turbulence, and mismanagement of COVID-19 crisis were some of the issues conservatives, including Raeisi, raised during the electoral campaign.

On Saturday morning, hours after the voting lines closed, congratulatory messages started pouring in for the president-elect, including from his challengers in the polls.

Rouhani, who called on the president-elect at his judiciary office, termed it his “duty” to “fully support” the new president. In turn, Raeisi said he would use the counsel of Rouhani in the next few weeks until he assumes the power.

Parliament Speaker Baqer Qalibaf also called on Raeisi, his conservative ally, assuring him of parliament’s support. He said the top legislative body will “stand by the new administration”.

Congratulatory messages to Raeisi also came from foreign leaders, with Russian President Vladimir Putin being the first to congratulate him.

Raeisi will take over from Rouhani on August 3, when the incumbent government completes its two terms in office. According to the Iranian Constitution, a candidate is barred from running the third time.

This article originally appeared in Anadolu Agency on 19 June 2021.