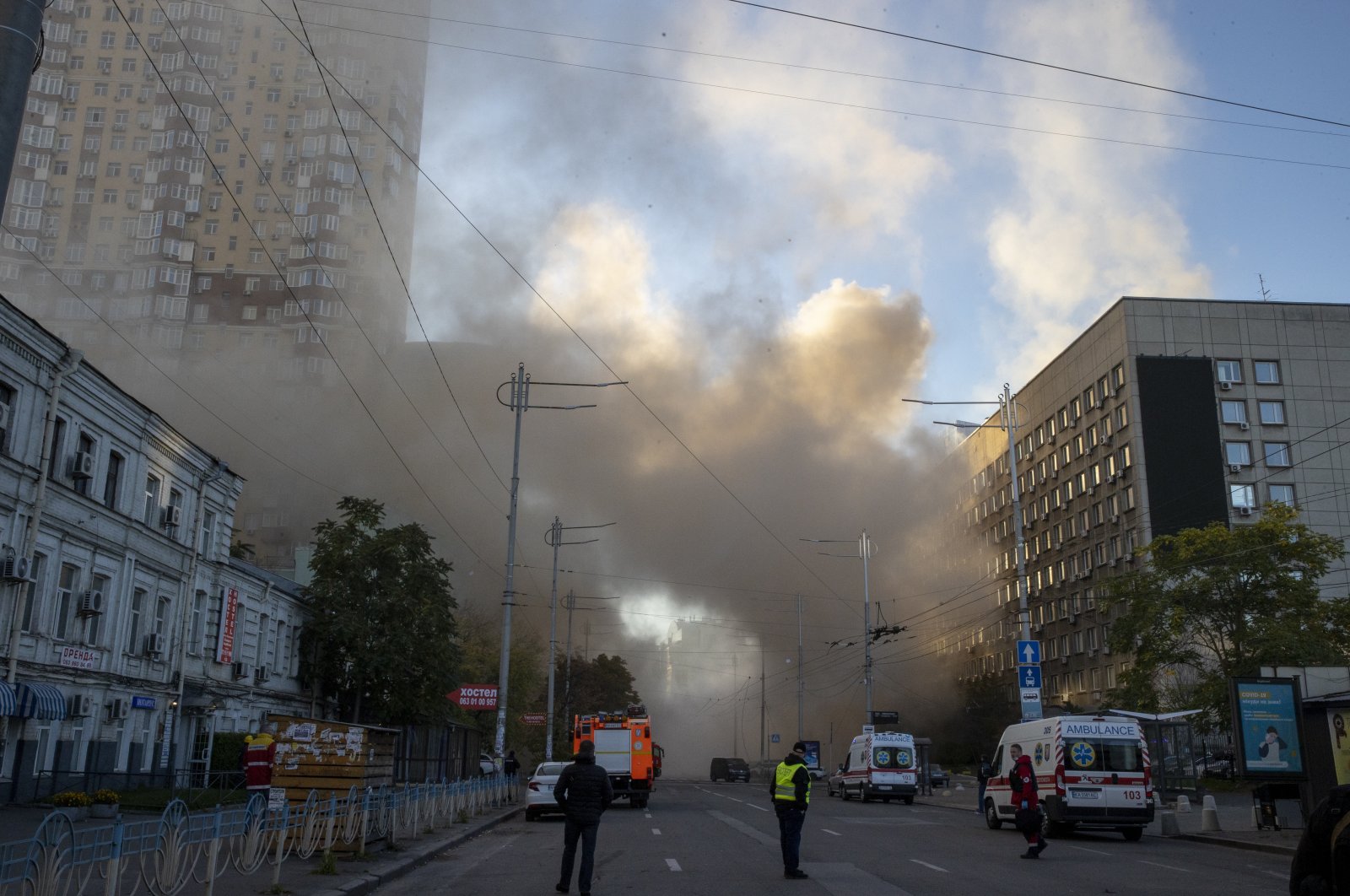 Russian-launched “kamikaze drones” attacked Kyiv early Monday, the Ukrainian presidency said, describing the strikes as an act of desperation nearly eight months into a war that has claimed thousands of lives, according to Azerbaijan in Focus, reporting Daily Sabah.

Air raid sirens sounded in Kyiv shortly before the first explosion at around 6:35 a.m. local time, followed by sirens across most of the country.

“The capital was attacked by kamikaze drones,” the president’s chief of staff Andriy Yermak said on social media.

“The Russians think it will help them, but it shows their desperation,” he added.

“We need more air defense systems and as soon as possible. More weapons to defend the sky and destroy the enemy.”

The attacks come exactly a week after Russia unleashed a massive wave of missile strikes on the Ukrainian capital and cities across the country.

“Fire departments are working. Several residential buildings were damaged. Medics are on the spot,” he said on Telegram.

“We are clarifying the information about the casualties.”

The mayor also posted a picture of what he said was the charred wreckage of one of the kamikaze drones, loitering munitions that can hover while waiting for a target to attack.

On October 10, Russian missiles rained down on Kyiv and other cities in the biggest wave of strikes in months.

The attacks killed at least 19 people, wounded 105 others and sparked an international outcry.

Moscow carried out further strikes on October 11, though on a smaller scale, striking energy installations in western Ukraine far from the front.

Russian President Vladimir Putin said the strikes were in retaliation for an explosion that damaged a key bridge linking Russia to the Moscow-annexed Crimean peninsula.

Putin on Friday had expressed satisfaction and said there was no need for further massive strikes on Ukraine “for now.”

The Russian president also claimed Moscow was “doing everything right” in its nearly eight-month invasion of Ukraine despite a string of embarrassing defeats.

In southern Ukraine, Kyiv’s troops have been pushing closer and closer to Kherson, the main city in the region of the same name just north of Crimea.

Kherson is one of four regions in Ukraine that Moscow recently claimed to have annexed, and the city of Kherson was the first major city to fall after the Kremlin launched its invasion.

Washington on Friday announced fresh military assistance for Kyiv “in the wake of Russia’s brutal missile attacks on civilians across Ukraine.”

The new $725 million package included more ammunition for the Himars rocket systems that have been used by Ukraine to wreak havoc on Russian targets.

It brings the total U.S. military assistance to Ukraine to $17.6 billion since the Russian invasion on February 24.