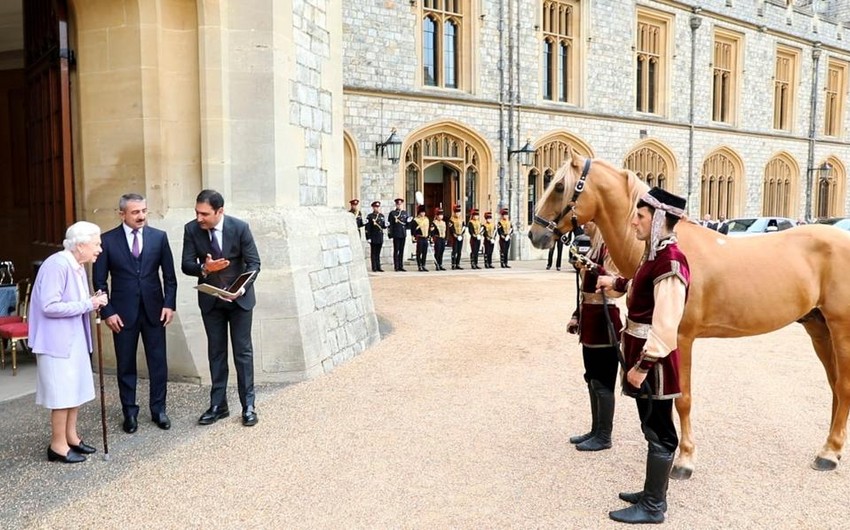 Queen Elizabeth II of the United Kingdom of Great Britain and Northern Ireland received a delegation led by President of the Equestrian Federation of the Republic of Azerbaijan (ARAF) Elchin Guliyev at Windsor Castle, according to Azerbaijan in Focus, citing the Report News Agency.

According to ARAF, Her Majesty the Queen, who has always watched with great interest the performances of Azerbaijani representatives at the Royal Windsor Horse Show, which is traditionally organized in honor of members of the royal family, was presented with a gift from President Ilham Aliyev – the Karabakh horse named Şöhrət (“Glory”).

The horse presented to the Queen was brought to Windsor Castle and handed over to the new owner with a certificate containing all the information.

Later, the statues of Karabakh horses named Alkhan and Dilbaz, named Shield, created by the famous Azerbaijani sculptor Faig Hajiyev were presented to Her Majesty the Queen.

Her Majesty Elizabeth II thanked for the gift and traditional participation in the Royal Windsor Horse Show.