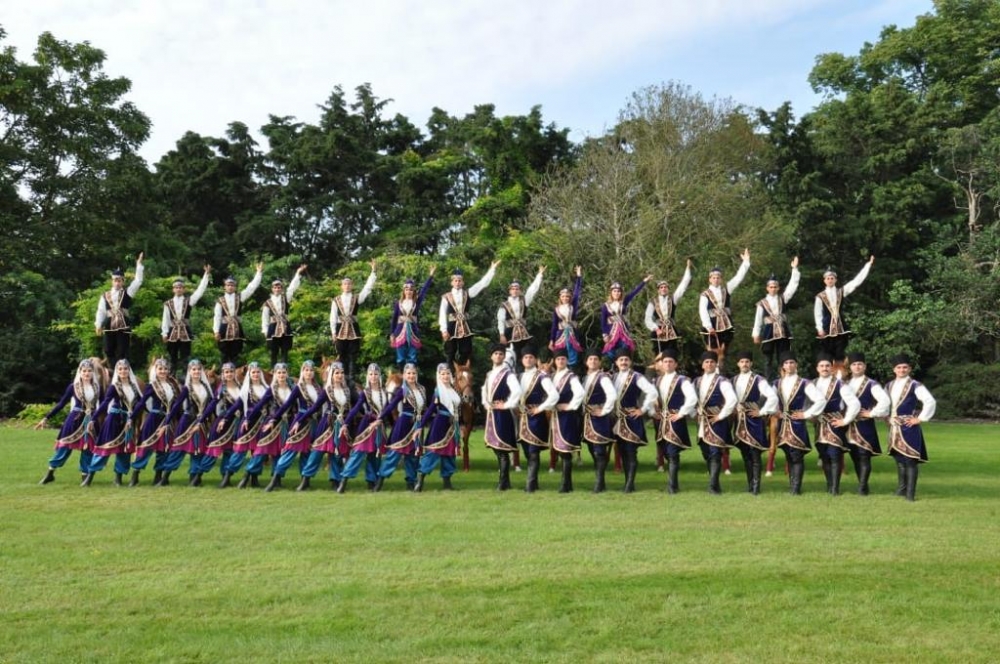 Royal Windsor Horse Show has featured an exciting performance of the Equestrian Federation of Azerbaijan. The federation returned to Windsor, with their new special performance “Khari Bulbul”, which is considered a symbol of Azerbaijan’s Karabakh region and Shusha.

Azerbaijan’s participation at Royal Windsor Horse Show was realized with the support of Kapital Bank.

The display celebrated the Karabakh horse, the native horse of Azerbaijan. Horse and rider combinations combined fast paced movements with tight turns and perfectly timed executions. They were accompanied by the ‘Sarhadchi’ dance ensemble who performed traditional dances alongside fire-jugglers performing a spectacular fire show. The performance, choreographed specifically for Royal Windsor Horse Show, demonstrated the strength and bravery of the Karabakh horse, and the courage and peacefulness of the Azerbaijan people.

The prestigious annual Show, now in its 78th year, returns to the private grounds of Windsor Castle from 1 – 4 July for four days of world class international equestrian sport. Azerbaijani Karabakh breed horses will make four appearances during the show.

This article originally appeared in AZERTAC on 02 July 2021.