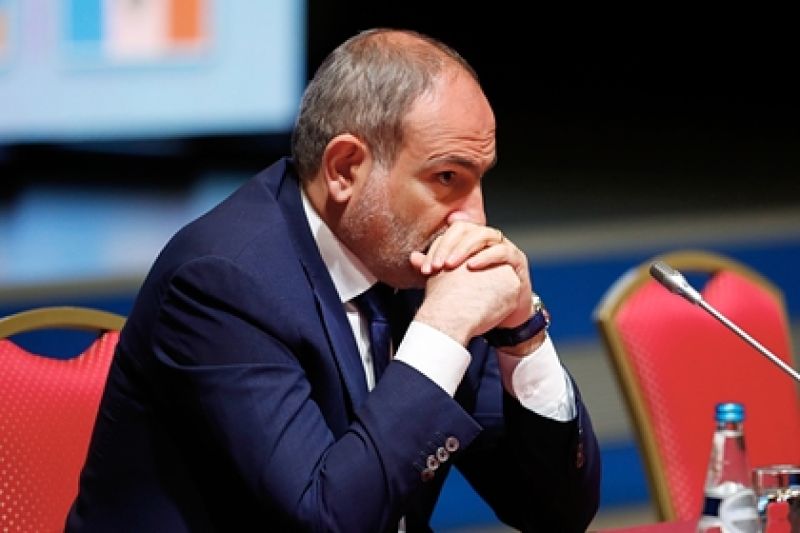 An online interview with Armenian Prime Minister Nikol Pashinyan on December 24 caused a sharp aggravation of relations between Yerevan and the separatists of Karabakh, according to Azerbaijan in Focus, reporting Turan News. The latter regarded Pashinyan’s statements as a betrayal of national interests and openly stated that they did not agree with the position of the prime minister.

The main reason for the dissatisfaction was Pashinyan’s statements about the possibility of Karabakh being part of Azerbaijan.

In addition, he stated about the rights of the Azerbaijani population of this region and that the position of the international community has always been that Karabakh should be a part of Azerbaijan.

Pashinyan made it clear that he agreed to the recognition of Karabakh as an integral part of Azerbaijan.

A day later, the leaders of the Karabakh separatists and the opposition of Armenia unanimously condemned these statements. Separatist leaders called Pashinyan’s speech “a disaster,” noting that no one can speak on their behalf.

“The international recognition of the independence of Artsakh is our main reference point, and no government can afford to deviate from this line. Therefore, the people and authorities of Artsakh will never and in no way accept any status within Azerbaijan.” This was stated by the “president” of Karabakh Arayik Harutyunyan.

In his statement, he ruled out the possibility of joint residence of Armenians and Azerbaijanis, confirmed his readiness to fight for the “liberation of the occupied territories” of Karabakh.

In a similar style, Pashinyan’s position was criticized by other separatist leaders.

Thus, the Karabakh Armenians actually refused to fulfill the agreements that Pashinyan reached in negotiations with Aliyev.

In the coming days, further exacerbation should be expected, given the upcoming meeting between Aliyev and Pashinyan on December 28 in St. Petersburg. At this meeting, the agreements between Baku and Yerevan will be confirmed.

This could lead to another round of tension in Armenia, and then at the front. In case of refusal of the Armenian side of the agreements, this will untie the hands of Azerbaijan and may result in new territorial losses for Armenians not only on the border but also in Karabakh.