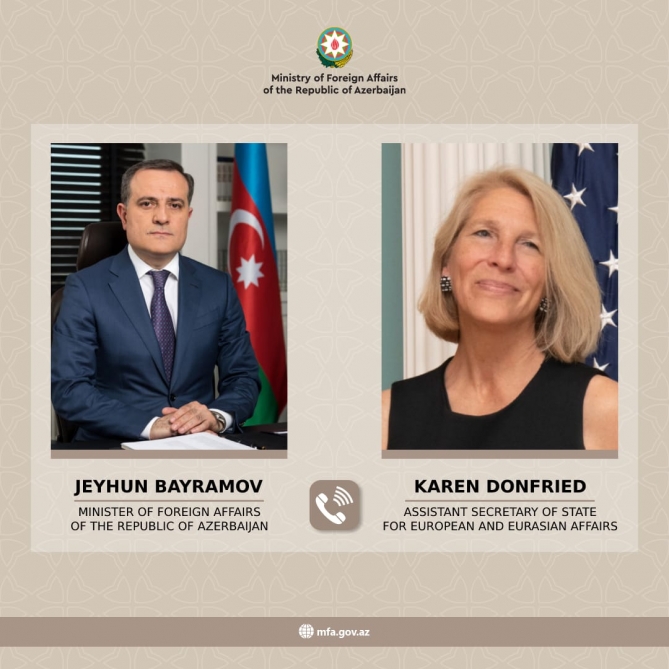 Azerbaijan’s Minister of Foreign Affairs Jeyhun Bayramov has held a telephone conversation with US Assistant Secretary of State for European and Eurasian Affairs Karen Donfried, according to Azerbaijan in Focus, reporting AzerTac.

FM Jeyhun Bayramov informed Karen Donfried of the current state of negotiations on the peace treaty, and efforts on opening communications and delimitation issues. The minister also mentioned the recent illegal activities on the Lachin road.

Karen Donfried emphasized that the US supports efforts to ensure stability in the region. She said that it is important to advance the peace process in accordance with the agreements reached between the leaders and ministers.