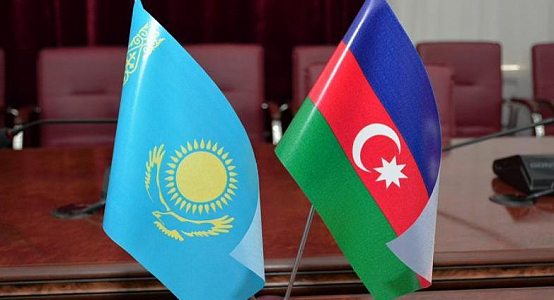 Kazakhstan eyeing accord on trade, economic co-op with Azerbaijan

Kazakhstan wants to sign an agreement on trade and economic cooperation with Azerbaijan, according to Azerbaijan in Focus, reporting Azernews, citing Kazakh media.

The draft resolution of the Kazakh government approves the attached draft agreement between the two countries on trade and economic cooperation.

It follows from the draft agreement that “each of the parties, on the territory of its state and in accordance with the legislation of its state, creates favorable conditions for the cooperation of economic entities and refrains from actions that could harm the interests of the other side”.

Additionally, the parties contribute to the establishment of direct contacts between business entities, regardless of the legal form and ownership.

“The agreement between the governments of Kazakhstan and Azerbaijan on trade and economic cooperation is a framework document that lays the foundations for cooperation in such areas as trade, investment, entrepreneurship, protection of the balance of payments, and is concluded in order to further develop and strengthen existing bilateral trade and economic relations between the parties,” the document states.