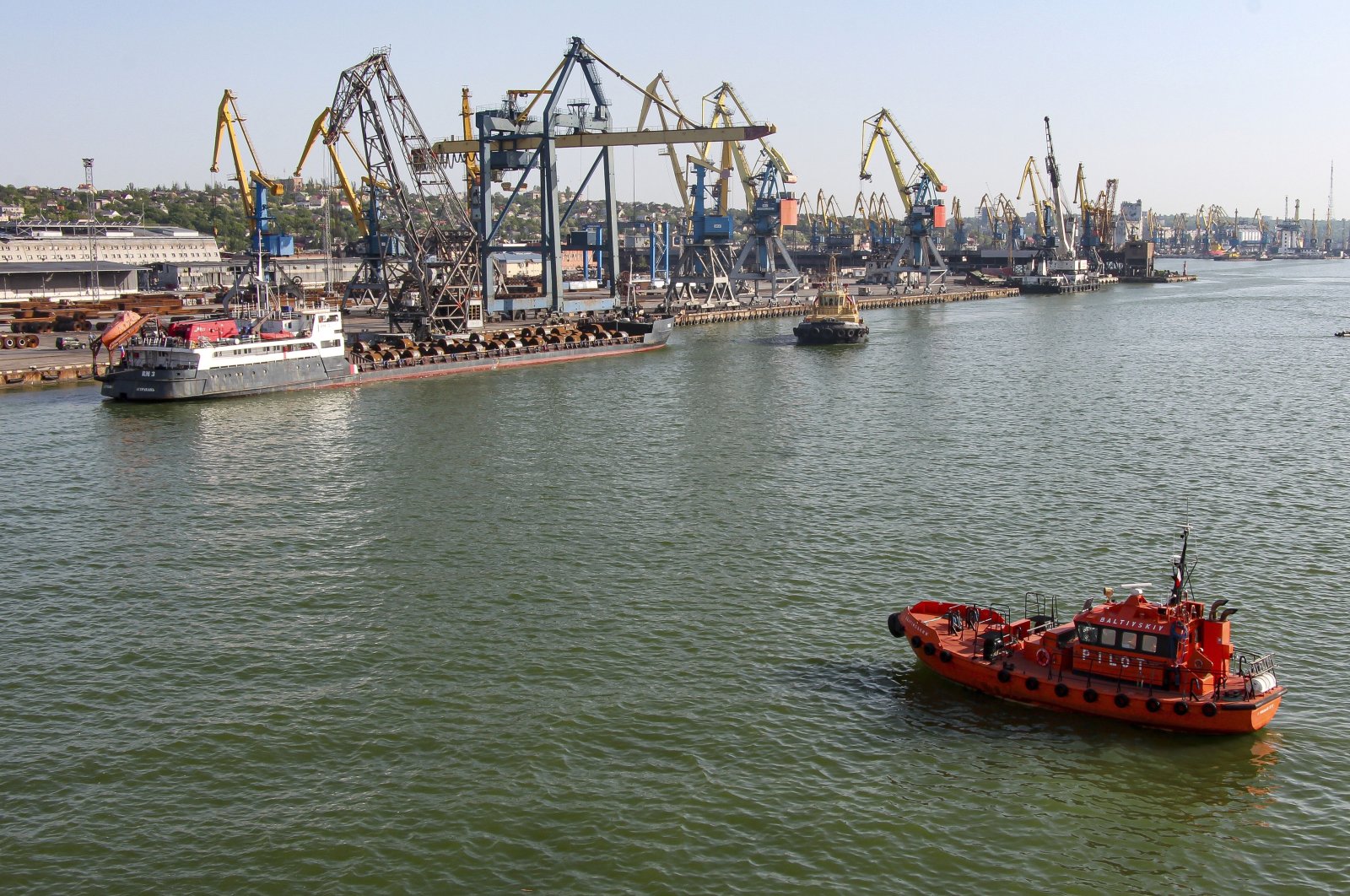 All eyes will once again be on Turkey when Russia’s foreign minister visits next week, with hopes pinned on progress on a plan to unlock grain exports from Ukraine’s Black Sea ports, according to Azerbaijan in Focus, reporting Daily Sabah.

Turkey seeks to resolve the impasse that risks the world food crisis and has been in talks with both Moscow and Kyiv, in addition to United Nations officials, to broker a deal to open a corridor via the Bosporus for exports of agricultural products from Ukraine.

Ankara expects progress on the plan next week and both Moscow and Kyiv want a solution despite their conditions, a senior Turkish official was cited as telling Reuters on Friday.

Though hurdles remain – such as payment mechanisms for the agricultural products and mines floating in the Black Sea – the official said Moscow could take further positive steps after it said on Thursday it was open to the plan.

Since Russia invaded on Feb. 24, Ukrainian grain shipments from its Black Sea ports have stalled and more than 20 million tons of grain are stuck in silos.

The conflict has fueled a global food crisis with prices of grains and fertilizer soaring, prompting the U.N. to pitch the plan to reopen shipping routes from Odessa and other Ukrainian ports.

Turkey neighbors Ukraine and Russia at sea and has said it is ready to take on a role within an “observation mechanism” to be set up in Istanbul if a deal is reached.

That could involve a Turkish naval escort for tankers leaving Ukraine and transiting Turkey’s straits.

A draft study of the roadmap that will seek to ensure Ukraine’s grain stocks safely reach global markets has been completed under the roof of U.N., diplomatic sources told Anadolu Agency (AA).

All sides are expected to gather in Istanbul in the coming days to discuss the details, they said.

“Turkey has been negotiating with the parties on this for a while. Russia has some conditions … but there is an expectation of progress. Russia wants this problem solved, as do Ukraine and other countries,” the official told Reuters.

“There may be some concrete results, but there are also some technical and difficult issues such as the product purchases and money transfers,” the official added.

Russia and Ukraine account for nearly a third of global wheat supplies, while Russia is also a big fertilizer exporter and Ukraine is a major exporter of corn and sunflower oil.

Ukrainian Ambassador to Ankara Vasyl Bodnar on Friday said Russia was shipping and selling grains it stole from Ukraine, including to Turkey, without elaborating.

Kyiv had sought help from Turkish authorities in identifying and capturing those responsible for the sale and those who buy the goods, he noted.

Bodnar said Russia was shipping the stolen grains out of Crimea, which it annexed in 2014, and added Kyiv was working with Turkey and Interpol to find the culprits.

He added that while talks had been underway on the sea route since April, Kyiv would have to take the security of its ports, such as Odessa, into account when discussing terms.

He said some 22 million tons of grains were currently hidden at ports, but that they needed to be shipped out soon to avoid rotting.

“We must have a military perspective when taking decisions. How correct would it be for us to open our ports under these conditions?” Bodnar told reporters in Ankara. “We expect the U.N. to contribute more to finding a solution that works for both parties.”

Earlier this week, Turkey’s Çavuşoğlu said Russia wanted some Western sanctions targeting its insurance sector lifted in order to agree to the corridor since they affect ships, while Ukraine did not want Russian warships approaching its Odesa docks.

He later also said Kyiv wanted ships involved in the plan not to carry weapons into Ukraine.

Speaking to Spain’s El Pais daily, Presidential Spokesperson Ibrahim Kalın said Ankara hoped for a result within two weeks and added Lavrov will arrive in Turkey with experts on the issue.

He said the “observation mechanism” would be based in Istanbul but run by the U.N. with Ukrainian and Russian representatives monitoring shipments, with distribution via international markets.

Moscow assured Ankara it would not attack Odessa if the corridor is created, Kalın said.

“We will facilitate and protect transport through the Black Sea, and the Ukrainians will sell it to whom they decide.”

In a phone call with Turkish President Tayyip Erdoğan on Monday, President Vladimir Putin said Russia was ready to facilitate the unhindered export of grain from Ukrainian ports in coordination with Turkey.

He said that he welcomed, in principle, the idea of making Istanbul a headquarters for the “observation mechanism.”

Western leaders have blamed Russia for holding the world to ransom by blockading Ukrainian ports. Putin repeated claims that global food shortages were the result of “short-sighted” Western policies.

He said Russia was ready to export “significant volumes of fertilizers and agricultural products if the relevant anti-Russian sanctions are lifted.”