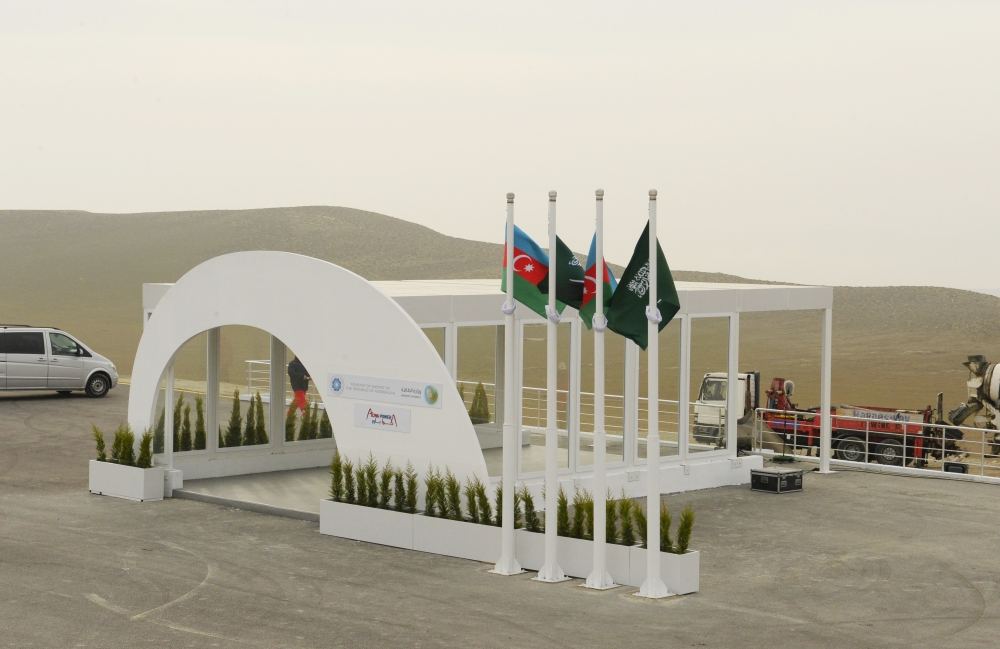 Global climate calls, ambitious commitments, green energy, and green economy strategies from the world’s leading economies have had a significant impact in recent years and will continue to have an influence on the energy sector, according to Azerbaijan in Focus, reporting Trend News.

Azerbaijan has a clear vision, goals, and objectives for green energy policy.

Today, the country has taken an enormous step towards the transition to green energy. Thus, the groundbreaking ceremony for the Khizi-Absheron wind farm with a capacity of 240 megawatts (MW) that will be built by Saudi Arabia’s ACWA Power has taken place.

The construction of the station will take nearly 18 months. The station will be located in the Khizi and Absheron regions. After commissioning, this power plant is expected to produce 1 billion kilowatt-hours (kWh) of electricity per year. This means that about 300,000 homes will be provided with electricity. The project will attract $300 million of foreign investment. The station will save 220 million cubic meters of natural gas. This means preventing the emission of 400,000 tons of carbon dioxide into the atmosphere.

Ibrahim Ahmadov, deputy head of the Public Relations and Events Department of the State Oil Company of the Azerbaijan Republic (SOCAR) noted that the growth of renewable energy production will increase gas and electricity exports, which will provide additional revenues to the country’s budget.

“Additional revenues from gas and electricity exports could serve to the further development of the renewable power industry and ensure the sustainability of its development,” he said.

“Natural gas is one of the most important power sources in the world and the main source of its production in our country. In addition, we use natural gas to a greater extent than in other countries directly in farming and for heating houses. Amidst the gasification of more than 96 percent of farms in the country, the expediency of progressive replacement of gas with more sustainable sources in the electricity production is indicated,” he said.

Azerbaijan supports the calls and goals for the transition to clean energy. The country supports clean energy technologies, hydrogen production, and efforts to strengthen the position of renewable power sources in the energy mix. These areas are important components of the national priorities for the socio-economic development of our country.

Within the framework of the Paris Agreement and the recently concluded COP26 conference, Azerbaijan redeclared its commitment to these goals. The country intends to bring the share of renewables to 30 percent by 2030. Undoubtedly, the construction of the Khizi-Absheron wind farm is another step in this direction.