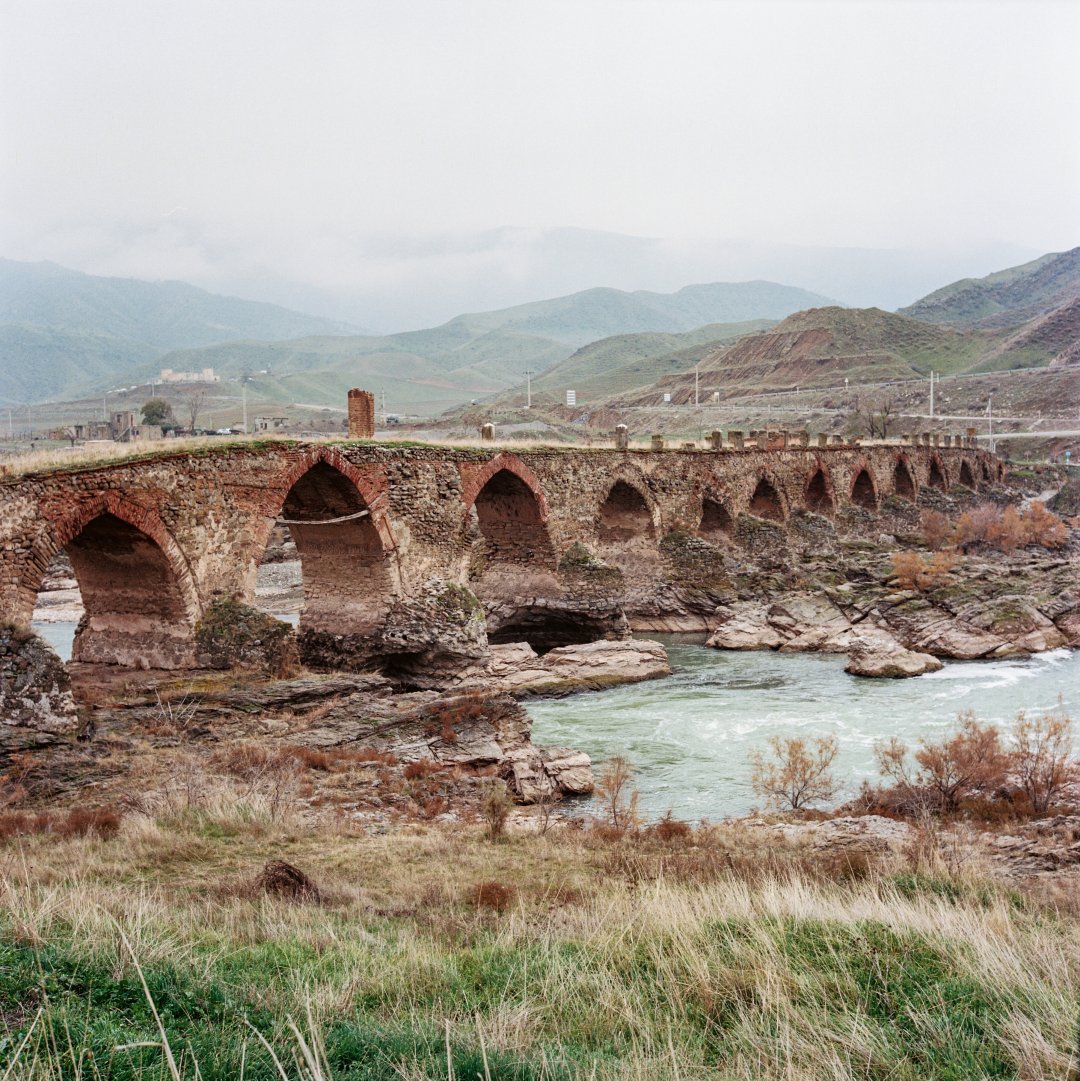 In a recent post on its official Instagram page, National Geographic shared an image of Khodaafarin Bridge, a monument of the 12th century, located in the recently liberated region of Jabrayil, right on the Iran-Azerbaijan border, on the Araz River. A photo taken by National Geographic’s contributing photographer, Rena Effendi, was accompanied by the following caption:

Photo by @renaeffendiphoto / Located in the Azerbaijani Province of Jabrayil, the historic Khodaafarin Bridge dates to the 12th century and connects the banks of the Araz River, along the border between Azerbaijan and Iran. Jabrayil is one of seven Azerbaijani provinces surrounding Nagorno-Karabakh, which was occupied by Armenian forces for over two decades and recently recaptured by Azerbaijan. Armenia and Azerbaijan were in conflict over Nagorno-Karabakh, an autonomous region under the Soviet republic of Azerbaijan, as the enclave’s majority Armenian population pushed to join the Soviet republic of Armenia instead. As the Soviet Union fell, the dispute between the newly independent countries escalated into all-out war, displacing more than a million people from both sides. The most recent flare-up of hostilities came to an end last year with a peace deal brokered by Russia, resulting in the deployment of Russian peacekeepers to Nagorno-Karabakh and Azerbaijan reclaiming most of its territories lost in the 90s’ war.