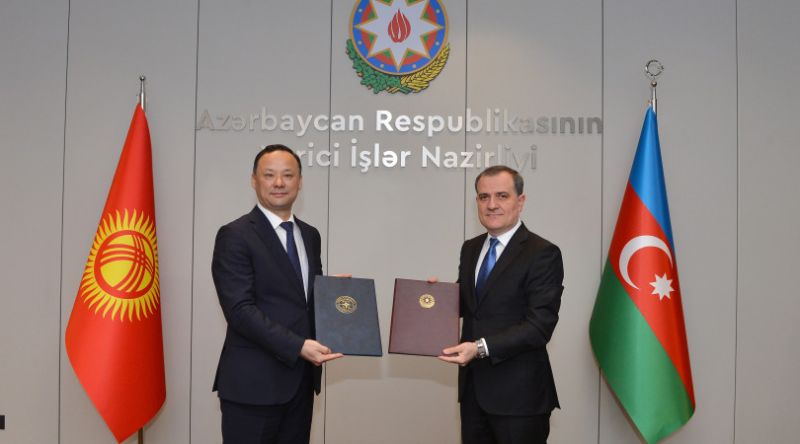 The Foreign Ministers of Azerbaijan and Kyrgyzstan Jeyhun Bayramov and Ruslan Kazakbaev discussed the issues of development and strengthening bilateral relations.

The meeting resulted in signing a program of cooperation between the Foreign Ministries of the two countries for 2021-2022, according to the press service of the Azerbaijani Foreign Ministry.

In turn, the Ministry of Foreign Affairs of Kyrgyzstan reports that Kazakbayev handed over to official Baku the initiatives of the President of Kyrgyzstan Sadyr Japarov.

The initiatives imply the establishment of a strategic partnership and the creation of an Interstate Council at the level of the presidents of Azerbaijan and Kyrgyzstan.

In addition, the creation of an interregional platform “Central Asia – South Caucasus” in the 5 + 3 format, “Interfax reports with reference to the Ministry of Foreign Affairs of Kyrgyzstan.

According to the same source, the parties also discussed the creation of a joint investment fund, the resumption of direct flights, and issues of cultural exchange.

This article originally appeared in TURAN INFORMASIYA AGENTLIYI on 02 July 2021.